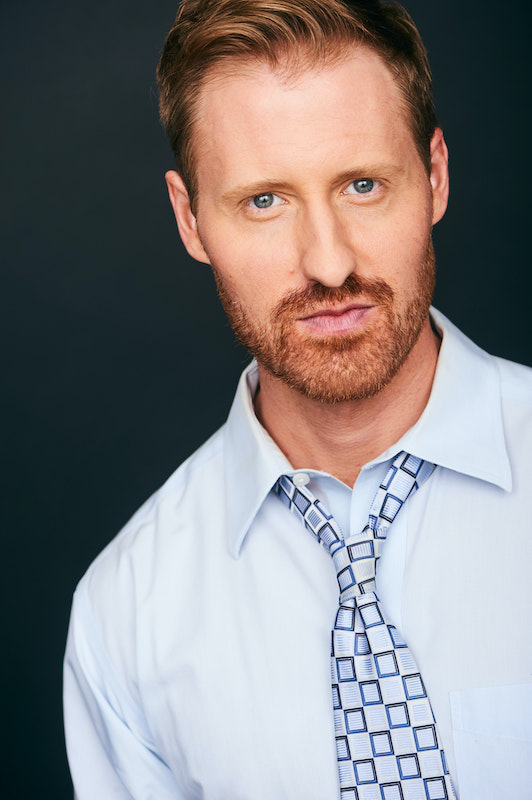 Jonathan Plays Liam A Cunning, In Control, Tough Character In Family Business Premiering October 14th on BET +
LOS ANGELES - eMusicWire -- Jonathan Regier plays Liam McCloud, the eldest of five Irish brothers on Carl Weber's hit BET+ show, of five Irish brothers on Carl Weber's hit BET+ show, The Family Business Season 3.  Premiering October 14th he can be seen in episodes (303, 308, 310, 311, and 312). Liam is the calculating brains of the brothers and steps up to lead his family against all who would oppose them.
Jonathan shot during the spring of 2021, so he got very familiar with covid tests! They had to get three lab tests with 72 hours wait time as well as another rapid test after arriving on set and before leaving their cars. He felt safe and comfortable because the show took everyone's health seriously. He also recognized it was great to be able to work, tell stories, and be around people. Working on The Family Business was a huge boost to his spirit during the long and difficult year of the pandemic.

More on eMusic Wire
Jonathan started in the theatre playing Euple Byrd in a National Tour of "Stand By Your Man, The Tammy Wynette Story". And then he fell in love with film—its collaborative nature, the fact that it can live forever, and the opportunity it affords for unparalleled truth and realism. Some of his favorite projects include leading roles in the independent feature "Raltat," which shot both in the U.S. and Morocco, and the short film "Fallen," which won Best Silent Film in the Coney Island Film Festival 2011. He also portrayed Lyndon in the psychological thriller "Red Sheep" which won the Award of Excellence in the 2012 L.A. Film Awards. +To learn more about Jonathan visit