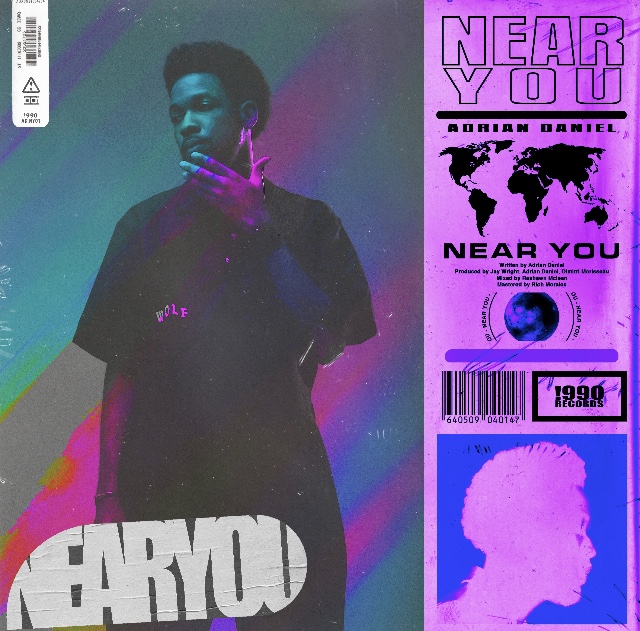 Near You' ... like a moth drawn to the light, Daniel once again lay bear his vulnerability to the seduction of powerful women.

"There's this one thing that if you dwell on it too long it starts to haunt you, seducing you and you start to convince yourself it wasn't that bad, it can be fixed. Then one word, a gesture, and you realize going back is emotional suicide" Adrian Daniel

There is more to come from the Brooklyn Native in 2019 with an upcoming video scheduled for June, live performances, new music, and release of new EP this fall.

Selected as NPR Music 100 Ones to Watch at SXSW, music editor Stephen Thompson describes the singer, songwriter as serving up "modern R&B thats alluringly propelled by a commanding falsetto that's practically engineered to make knees quiver." Tagged as an R&B tastemaker, TIDAL described the Brooklyn native as "one of the most influential artist at the Northside Music Festival."

In addition to releasing new music content, Daniel have been invited to co-host Casual Nerdom, a new podcast launched in early 2019, and will be partnering with local schools in his hometown, with support from live concert professionals to launch a new music ed initiative.

More on eMusic Wire
"Thousands of artists performed at SXSW Music Festival. There was one in particular, who stood out." DJ Booth