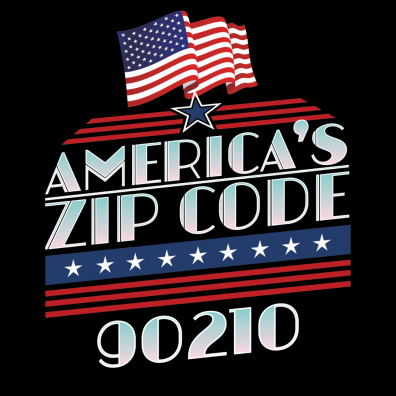 Panelists from across the country will participate in the livestream episode.
BEVERLY HILLS, Calif. - eMusicWire -- On the 31st anniversary of the original, Fox series premiere, the Beverly Hills, 90210 Show podcast/videocast will add another Super Show to its repertoire with an AMERICA'S ZIP CODE livestream honoring fans from every corner of the U.S. Joining Pete Ferriero, Charles Rosin, Larry Mollin, and Melanie Rose will be a fan representative from nearly every state in America. This ambitious undertaking will stream LIVE from YouTube at BeverlyHills90210Show.com and Facebook.com/BeverlyHills90210Show on October 6, 2021 from 4pm PT to 7pm PT.

The immersive 90210 experience will feature panelists from at least 47 states plus Washington D.C., region-by-region, along with surprise celebrity appearances from the original cast and guest stars. Each participant will share their story about how they became a fan, along with favorite moments and characters from the series. Beverly Hills, 90210 was Aaron Spelling's longest-running TV show, and changed the way the world looked at its ZIP codes as well as its perception of American teenagers. AMERICA'S ZIP CODE will bring fans together and unite them over a shared love for the popular '90s show which continues to be well-loved today.

More on eMusic Wire
This is not the first Super Show rodeo for the Beverly Hills, 90210 Show. The 30th Anniversary Beverly Hills, 90210 Super Show streamed live on October 4, 2020 and featured a full cast reunion with over 30 guests, garnering press coverage from Entertainment Tonight, Us Weekly, and more. Then, its Planet 90210 Show held in January 2021 honored International fans from around the globe, with fans from over 35 countries joining the event. The podcast also held a Super Deluxe Christmas Party in December 2020. This October, the show will celebrate fans all month-long with a "Festival of Fans" theme that will allow viewers and listeners to join the fun in multiple fan-centric episodes, including Story Slam, where fans submitted a Beverly Hills, 90210 storyline in which they play a role. Charles Rosin and Larry Mollin selected their 3 favorites and wrote original scripts inspired by the fan-submitted stories.

The Beverly Hills, 90210 Show has covered the episodes, songs, and making of the original TV series since it's debut in April, 2020, with 85 podcast episodes and counting, and landed in the number five slot of The Today Show's "The pop culture that helped us get through 2020" list. The podcast features the original series producers, writers, directors, and cast and crew members offering a behind-the-scenes look into specific episodes and the series creation and production as a whole.

More on eMusic Wire
Subscribe then catch the podcast videos at BeverlyHills90210Show.com​ and streaming ​LIVE Wednesday nights at 5pm PST/8pm EST. Listen on all podcast apps and stream with video on YouTube and Facebook. Visit BeverlyHills90210ShowShop (http://beverlyhills90210showshop.com/) to get AMERICA'S ZIP CODE merch in time to wear during the livestream on October 6, 2021 at 4pm PT.