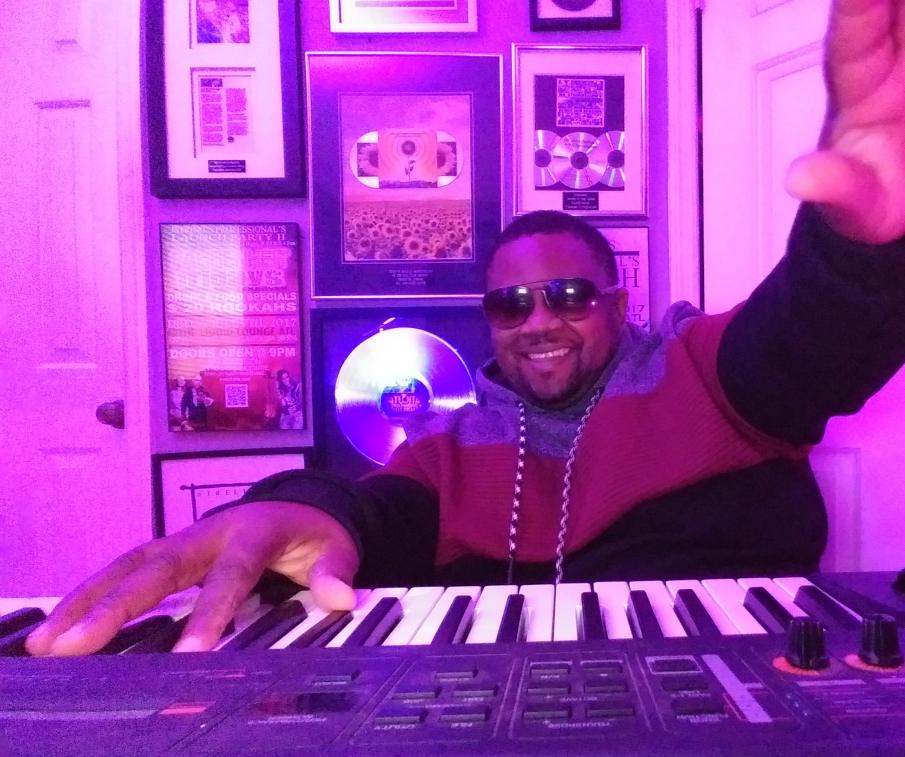 ATLANTA - eMusicWire -- An Atlanta music professional took a different path as he produced and released an old-school "feel-good" album. The production challenge was collaborating with creatives internationally to complete this project. The end result might be the "feel-good" album of the year.

"JString's Magical Manifestation of the Feel Good Groove" is a collection of songs and remixes produced by James Stringfellow (JString).  The sound of the album is reminiscent of the fun music of the '80s & '90s.

"Unlike other projects where I had production and release schedules, this album had no deadlines. I wanted it to manifest and grow organically. Co-creator's participation was based on networking & personal relationships. We shared a similar vision creating positive vibes. In the end, we got the fun old school sound we were looking for." -  JString

JString used technology and networking platforms to his advantage. He connected with creatives representing the UK; Germany; Venezuela; as well as several U.S. cities. The traditional recording process involving rented hours of block studio time was replaced by at-home recording sessions, online services, and transferring electronic files. "I chose a service that connects businesses with freelancers offering digital products. I searched for musicians, writers, and vocalists. The result was professional talent who paired well with this project." - JString.

More on eMusic Wire
The recording process was similar to how producers worked in the '80s. They contracted skilled talent for specific recording sessions and simply "plugged" them in. The difference is JString would take files sent to him from all over the world and "plug" them into recording sessions right in his home studio. "Once I chose the players, I'd build songs from my studio in Atlanta. I'd create the beat & music behind recorded vocals. I'd send electronic files to musicians who agreed to 'gig' on these songs. Stephan Kohnke recorded drums in Chicago. Lee Ferguson recorded bass guitar parts in the UK and Michigan. Will Allen (New Jersey) & Joshua Zook (Germany) recorded horns in their individual studios. Rafael Sequera (Venezuela) & Eric Troi (Ohio) did the same with their guitar solos. And Yona Marie recorded her supporting vocals in her lab in Maryland." - JString

Featured artists were also remote representing Chicago, Atlanta, Tampa, Tuskegee, and LA.  "I'd take all the files from musicians & vocalists and plug them into the original beat. Then I'd adjust the track levels, EQ, and effects for each sound until it was mixed perfectly. This is 'production' in its rawest form. Finally, I sent the album to Larry Anthony at COS Mastering who brought song levels to broadcast standards." -JString

More on eMusic Wire
The project has seven songs similar to LP vinyl albums & two interludes resonant to the CD era. For nostalgia, JString's website (http://www.jstringmusic.com) displays a "virtual album" with liner notes detailing writers, singers, and musicians for each song as albums and CD's once did.

The first single, "All About The Good Life", features vocals from Calvin BushPayne. It was written by JString's wife, Yolande Stringfellow, as a reminder to JString to always keep his head up. This song will be popular on the radio, family & friend gatherings, block parties, and backyard barbeques.  https://www.amazon.com/dp/B08B9NC45R/ref=dm_ws_tlw_trk1

This album is available for streaming and downloading from the AllJam Music Group and The Orchard. https://open.spotify.com/album/7zhD4cb14NTZr7TkEEDOQU?si=...