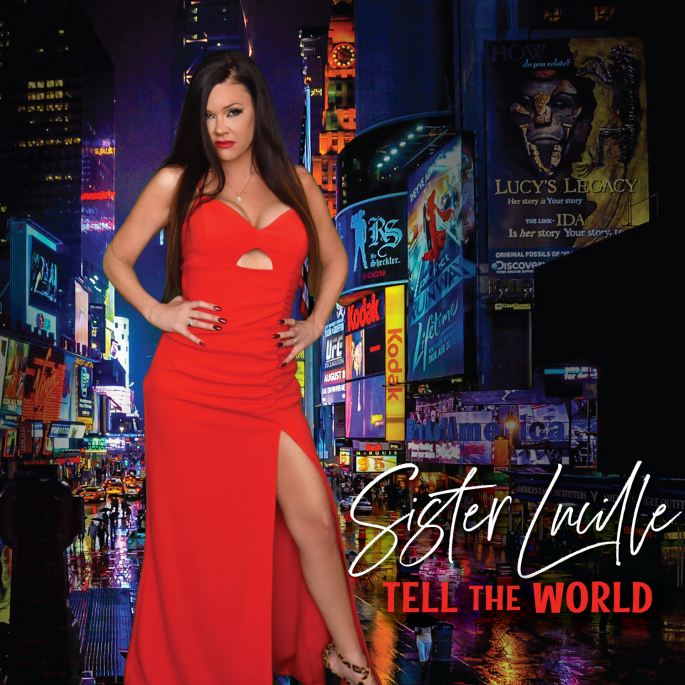 'Tell The World' is slated for worldwide release on March 17, 2023
MEMPHIS, Tenn. - eMusicWire -- Blue Heart Records is pleased to announce the signing of Sister Lucille. Hailing from Southwest Missouri and deeply inspired by the musical legacy of Memphis, Sister Lucille has turned the worlds of blues, roots, and soul on their collective head and created their own unique genre they like to call "Memphunk"!

The band's musical genetics run wide and deep. Kimberly Dill (lead singer) and Jamie Holdren (guitar/vocals) are both second-generation musicians, and their collective musical DNA is the fuel for Sister Lucille's fire. Now, following their Blues Blast Award-winning debut album, Sister Lucille returns with Tell The World. With ten tracks deeply rooted in the blues, the band's sound is stretched in a myriad of directions from funk to jam band to raw rock and roll. The strengths of female empowerment are exemplified throughout all aspects of the project, from producer Reba Russell to co-producer and engineer Dawn Hopkins, and the female-owned Blue Heart Records.

More on eMusic Wire
"From the rhythmic opening to the confident closing, Sister Lucille 'tells the world' they are committed to sharing their 'Memphunk' sound far and wide," says Blue Heart Records label partner, Sallie Bengtson. "Having an album created by an all-female production team is an exciting first for our catalog. Although we aren't defined exclusively by our gender, we are proud of our label's achievements, adding to the legacy of other accomplished women in the music business."

"It is like the pieces fell into place when we joined forces with Blue Heart Records for the release of Tell The World. I am proud to be on a label owned by women with a record that was produced, engineered and written by and for women!  We stuck to our roots by recording the entire album in Memphis. With B.E.B. Productions taking full reigns this time around, they helped to create many avenues for our creative juices to flow," Dill says.