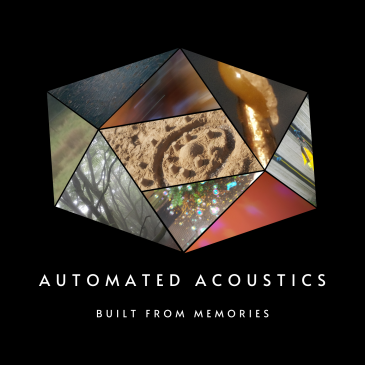 Automated Acoustics is an alias of leftfield music maker Lawrence Gill who is a composer for movie trailers (including some music in the trailers for Alien:Covenant & Antlers).

Lawrence makes music to soothe his soul – a sonic venting, if you will.

Automated Acoustics overall sound could be described as sounding a bit like if Tom Waits collaborated with Aphex Twin, before being remixed by Hans Zimmer. An exotic brew.

More on eMusic Wire
The title "Built From Memories" reflects that every track Automated Acoustics has ever made is somehow blended with a snapshot of life recorded from around the world – a memory. The process is its own reward and serves as a sort of musical diary to make sense of life and bring light to the dark.

He is one of those irredeemable artists who must create. Even if nobody ever hears his music again, he would still make it to get the internal feelings out. Recording is better than antidepressants.

Lawrence has built up a substantial catalogue of unreleased material over the last 10 years and "Built From Memories" is just the start.