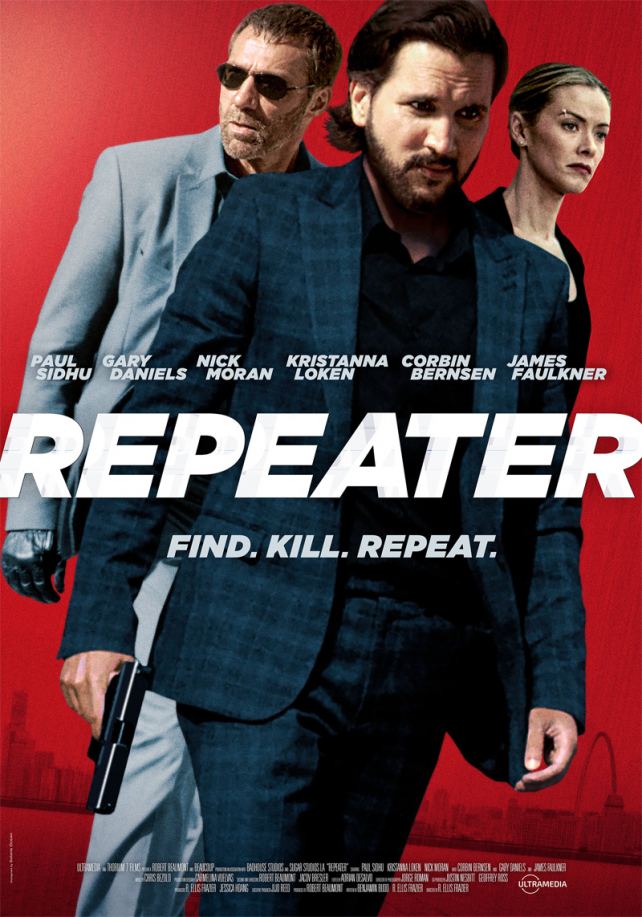 LOS ANGELES - eMusicWire -- Chris Bezold's score to the upcoming action film, Repeater, is getting a digital release on December 9, 2022. The album consists of 30 original tracks. The film, directed by R. Ellis Frazier, is getting distributed by Saban Films in theaters December 9, 2022 and on VOD December 13, 2022. The film stars Paul Sidhu (The Black Russian), Kristanna Loken (Terminator 3: Rise of the Machines), Nick Moran (Harry Potter and the Deathly Hallows: Part 1 & 2), Corbin Bernsen (Psych) and Gary Daniels (The Expendables). Bezold's other credits include Netflix's Larceny, Gravitas Venture's Hustle Down, ITN Distribution's Legacy and Entertainment One's Your Move. The score will be available on all major digital sites including iTunes, Spotify, Amazon and Apple Music.

When discussing his work on the film Bezold says, "Repeater was a fantastic creative challenge culminating into one of my favorite scores I've had the pleasure to compose. The producers informed me they wanted a sound "out of this world", so we set out to take traditional sounds like guitar and violin, for example, and then heavily process them to create unique and truly "out of this world" sounds. One of the most satisfying parts of the score is the end credits, where a new challenge was overcome in the form of a custom song. This song was a worldwide collaboration with talents from the Southwest and Northwest of the United States, all the way to France!  I'm truly grateful to have worked on this film and to have been able to involve such an incredible worldwide team of talent. When you see Repeater, please stay through the entire End Credits and enjoy this special piece!"

More on eMusic Wire
Repeater follows hired hit man Smith (Sidhu), who is in the cross hairs when rival contract killers come gunning for him. For Smith, his directive is straightforward: seek, locate and terminate. But rival assassins have him in their sites as they track and target each other and aim for their latest assignment, a hacker who threatens to expose the malicious criminality of a conglomerate head.

Born and raised in San Diego, Chris Bezold is an American Composer of dramatic and thematic music for film, TV, and games.

From the age of 5, Chris has been an avid drummer playing in numerous bands and ensembles throughout his youth. In his early twenties, he took up jazz piano and began composing music for a wide range of media and film studios in Los Angeles.

He was awarded the highest honor of his graduating class, the "Advanced Achievement Award."

Today, Chris resides in San Diego, California where he enjoys runs on the beach and good coffee. He has also served in the Army CA National Guard since 2017.