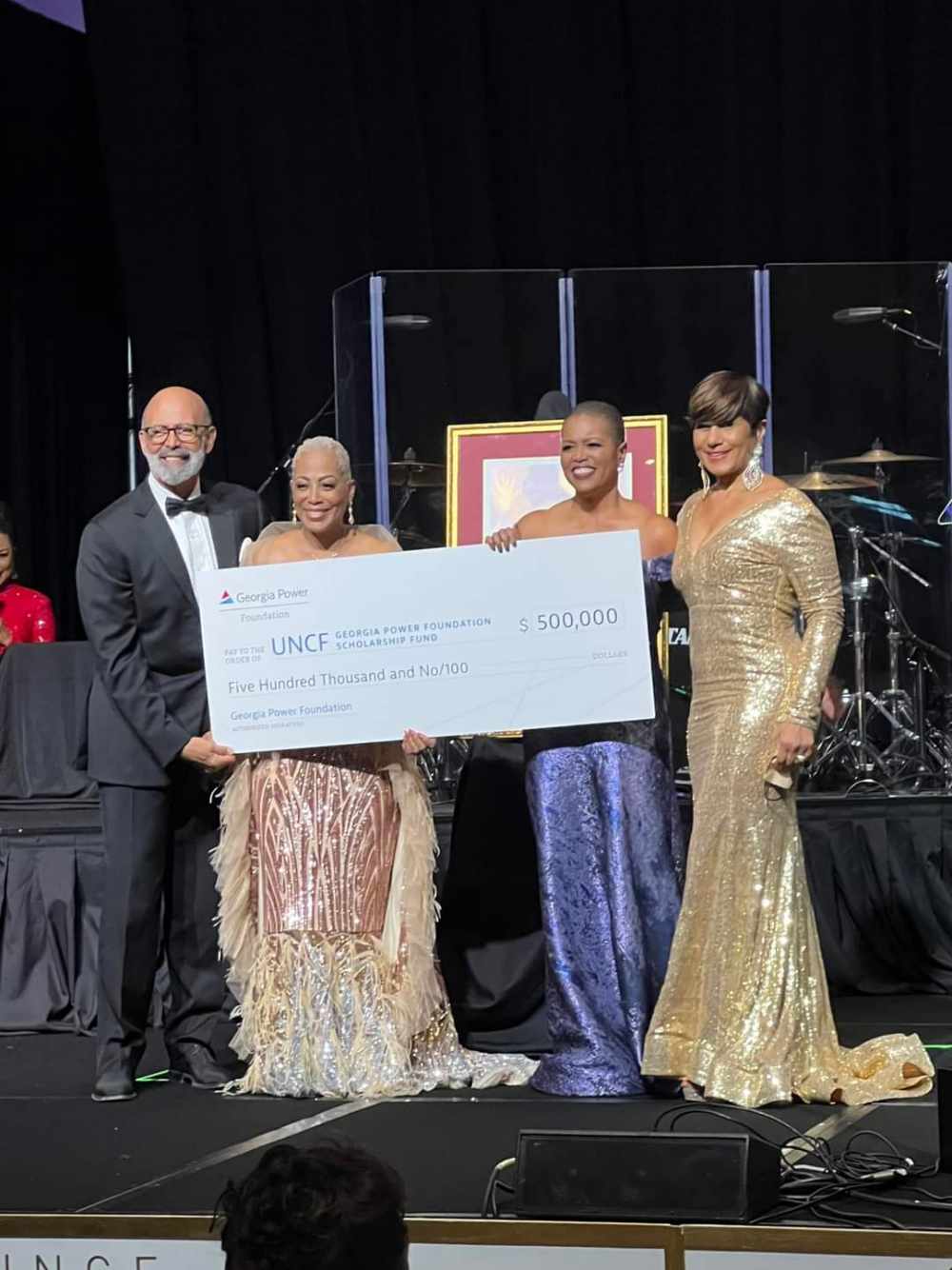 Presenting Sponsor Georgia Power Gives $120K in Sponsorships and $500K in Scholarships
ATLANTA - eMusicWire -- The 38th Annual Mayor's Masked Ball was an unforgettable success. Health and safety were a high priority and created levels of confidence and ease for the more than one thousand guests attending this stellar event on December 18, 2021, at the Atlanta Marriott Marquis. Entertainment by soulful Anthony Hamilton capped off the evening, but the true stars of the evening were the corporations who collectively donated more than $1.95M earmarked for scholarship and funding support of HBCU students and universities. During the past 77 years, thanks to the support of generous donors like those attending the UNCF Mayor's Masked Ball, UNCF has empowered more than half a million students to earn college degrees. As the largest and most effective minority education organization in the United States, UNCF actively supports 37 private historically Black colleges and universities and advocates for minority higher education.

More on eMusic Wire
This unforgettable evening was hosted by Mayor Keisha Lance Bottoms with a special appearance by Mayor-Elect, Andre Dickens. Actress Lynn Whitfield beautifully emceed the event, and a highlight of the program was the appearance of Morehouse Alum, Senator Raphael Warnock. Special memorial honors were made to baseball legend Henry "Hank" Aaron who was always a consistent and steady presence throughout the gala's 38-year history. Former UNCF Scholar and Morehouse College Chemistry major, Elisha Talley inspired the crowd with his moving HBCU testimony. UNCF's CEO, Dr. Michael Lomax and UNCF Board Chair, Milton Jones were on hand to give remarks. The co-chairs for the gala were Bentina Chisolm Terry, Senior Vice President Georgia Power, and Charmaine Ward—Miller Director, Corporate Relations, Georgia Power... Award honorees for the evening were Andrea Carter of Global Payments, and Charles Johnson of Trust Securities.

More on eMusic Wire
With the success of the Atlanta UNCF Mayor's Masked Ball, thousands of students have a brighter future because of the support they receive from corporations. In the past few years, more than 800 students attending UNCF-member colleges and universities were able to get to and through college without the interruption of financial challenges.