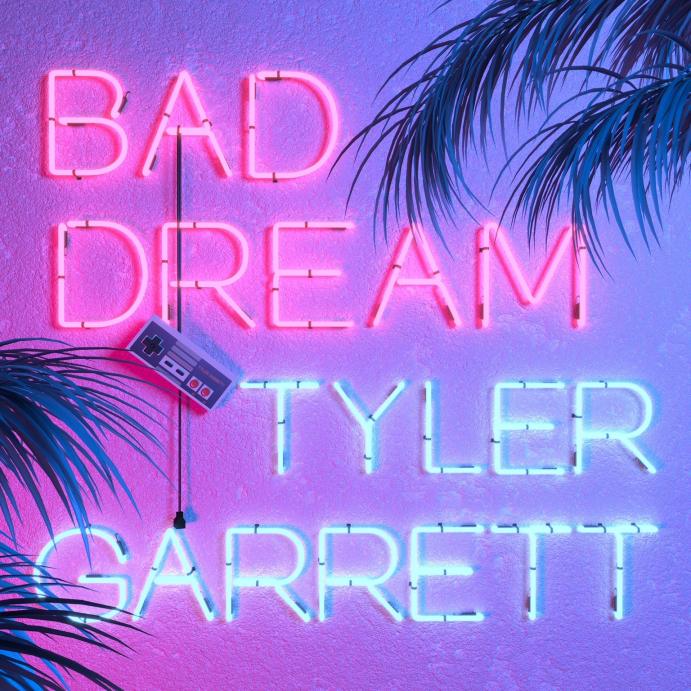 Bad Dream is the second advance release from the 80's-inspired, full-length album he's preparing to release this year. He wrote the song in the second year of the pandemic, when life still felt like a nightmare for many people.

"It felt like I was living in a bad dream," he said. "So I just started with those lyrics and went with it."

Bad Dream is about having a love for something or someone and getting caught up in other people's drama.

"Sometimes it just seems like you can't catch a break while others are drowning you in their own problems," he said.

Garrett's unique songwriting process is loose and creative, inspired by whatever strikes him when he goes to the studio with his engineer, Jonathan Borsis.

More on eMusic Wire
"Unlike other singer/songwriters, I don't have any idea what I'd like to create that day," he said. "I just go in with a clear head and start playing around on the instruments with Jonathan. Everything is analog at the studio, so we are able to jam out a bit and get ideas in much quicker than creating everything in the box (on the computer)."

The process works for them: The duo has created many other songs to be released later this year.

As for the other songs, Garrett said he's taking his time with releasing tracks as he tries different ways to promote his art.

Ultimately, he wants to release his songs periodically as a gift to fans who are weary of pandemic life and ready to move on.

"I'm super stoked to share this album with the world," he said. "We all need a little extra positivity right now."

Listen to Bad Dream, on Spotify at https://open.spotify.com/album/1p4MfeF1kfZD43iiG2y6PT?si=r4fvhCk4Qrmpkxe_ce8uGw and wherever music can be downloaded.

More on eMusic Wire
Find the video promo for Bad Dream on YouTube at https://youtube.com/shorts/dYv3huZkIm4?feature=share.

About Tyler Garrett
A South Carolina native and former choir boy, Tyler Garrett moved to Los Angeles to pursue his dream of becoming an EDM composer and performer. Over the last three years, Garrett has released multiple recordings to keep his growing fan base engaged, including the full-length album "Morning Star" as well as EPs "Potential Love," "Undertow," and "Serenity." His collaboration with Jeriqo, "You Have Me," has been streamed more than a million times.