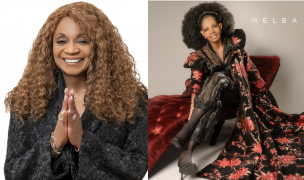 NEW YORK - eMusicWire -- Big Apple businesswoman Eugenia Foxworth is on location in New York City for August as she's On The Road with The Foxworth Theory, streamed live Tuesdays and Thursdays at 9 pm EDT on the podcast's own YouTube channel. Ms. Foxworth speaks with leaders in fashion, art, culture, business, and society,

This edition of On the Road with The Foxworth Theory is a special three-part interview (Tuesday, Aug. 9th, Thursday, Aug. 11th, and Tuesday, Aug. 16th, at 9 pm ET) with guest, The Marvelous Melba Moore. With a total of 11 U.S. Top 10 Hits (singles and albums) on the Billboard Pop/R&B, Disco/Dance Album Charts combined, over a period of 40+ years, Melba Moore is one of the most enduring artists of the 21st century. A Tony Award winner for the Broadway musical, "Purlie", as well as a four-time Grammy nominee, Melba Moore has a new album, "imagine."  At Morehouse College in Atlanta on Friday, August 26th, 2022, Ms. Moore will receive the Joseph R. Biden Lifetime Achievement Award, honoring her career, and the Presidential Volunteer Service Award for her community work. Next year, Ms. Moore will receive her Star in Hollywood's Walk of Fame.