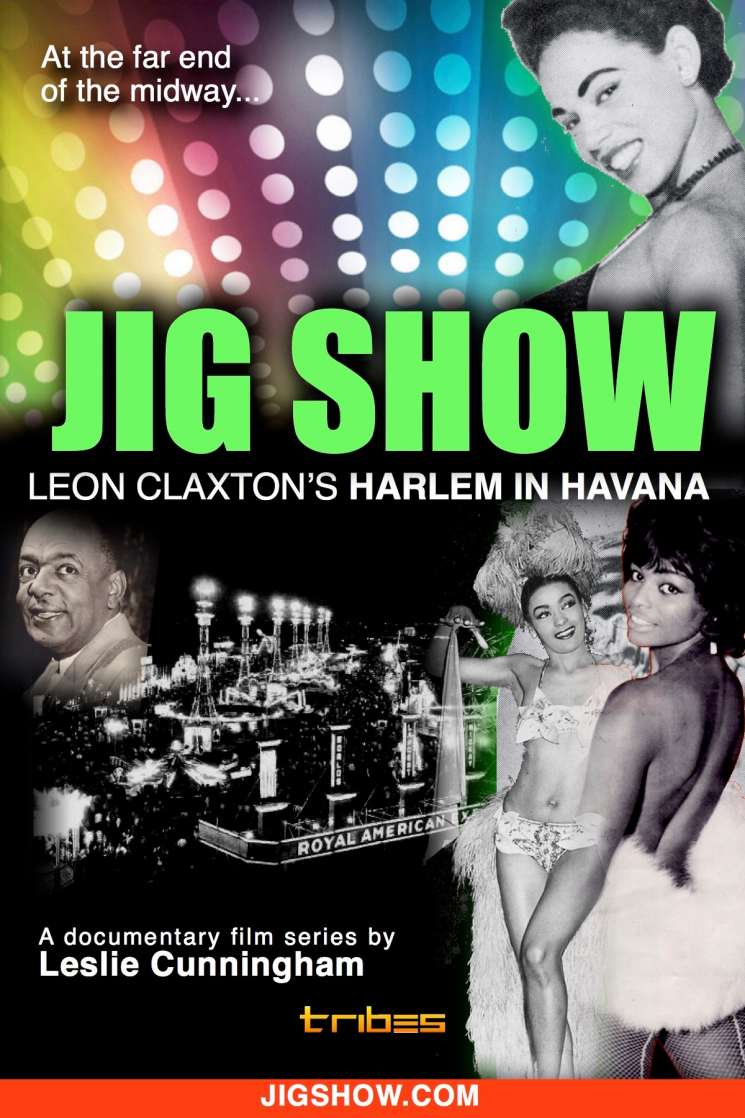 New documentary film series shines a spotlight on Leon Claxton's Harlem in Havana Revue and a little-known aspect of African American culture. Meet the unknown pioneers who helped shape Black and Cuban entertainment during Jim Crow. Watch Part One in Celebration of Black History Month!
DURHAM, N.C. - eMusicWire -- Step right up, folks! The last remaining great Black troupers are finally telling their stories about one of America's most successful traveling shows that broke carnival records from the U.S. to Western Canada, birthed music icons like Rufus Thomas, Fontella Bass and Mercedes Valdés, and significantly impacted Black and Latin entertainment during the Jim Crow era. Also unearthed is the legend of one of Tampa's most beloved showman, Leon Claxton Sr., a brave African-American impresario who left an extraordinary legacy despite the insurmountable odds against him and his dreams.

More on eMusic Wire
"The idea of calling the film 'JIG SHOW' continues to make me uncomfortable, as I suspect it will make others uncomfortable as well," says Leslie. In part one of the film series, Leslie addresses her discomfort and deals with the racist slur head-on. "As I researched the etymology of 'Jig", I came to realize the power and punch this three-letter word held in the progress of this film project, and the more I became aware of the inevitability of the film title," adds Leslie.

The cast is led by main characters Shirley Bates-Johnson, Leslie's 96 year-old grandmother who was the lead exotic dancer on Leon Claxton's Harlem in Havana revue in the 1940's, and her son John Cunningham (Leslie's father), a long-time Latin musician from San Diego, California who was raised on the traveling show and drove stakes with the tent-hands in the 1950s. However, JIG SHOW is not just about family, but triumphs, connections and weaving across cultural divides. "Above all else, my mission is to preserve this rich Black and Cuban entertainment legacy before the memories die with a generation," shares Leslie.

Each part of JIG SHOW combines breathtaking never-before digitized show photographs and rarely seen historical clips with interviews from a colorful cast of former performers, academics and patrons who witnessed the spectacle. Beautiful b-roll of the city of Tampa highlight where Harlem in Havana was headquartered for nearly 20 years, while classic and new Hip Hop music honor the voluptuous showgirls and tenacious entertainers of color who bravely showcased their talents on the frontline of racial polarization and left behind a glorious legacy that still resonates with wonder today.

2021 Film series schedule (start watching on Vimeo On-Demand at https://vimeo.com/ondemand/jigshow on the below dates): The Harlem in Havana Project
The film series is a part of a larger creative work titled "The Harlem in Havana Project", a multimedia documentary project created by Leslie nearly ten years ago to help revive her family's rich show-business history. The project includes a website (harleminhavana.com), the film series, and a set of titillating photography books called Brown-Skin Showgirls that help to expand our cultural knowledge about Black Burlesque. Leslie concludes, "This creative work provides an opportunity for a whole segment of artists, dancers and performances to tap into this history and enhance their current art forms. Back then it was just a colored variety show with performance pieces, but today it's an art form. This is where that history originated!"

More on eMusic Wire
Giving Back to the Community
In honor of producer Leon Claxton's philanthropy work in the city of Tampa, Leslie is donating $1 from every online order to Stand Up Speak Out - NC (SUSO), a Durham, North Carolina-based community organization which aims to empower children and teens by providing advocacy and therapeutic support through Art Therapy.

Filmmaker Q&A
Filmmaker Leslie Cunningham is currently available for virtual interviews and speaking engagements about the film series or documentary project. She is also planning live screenings and Brown-Skin Showgirls photography exhibits in 2022.