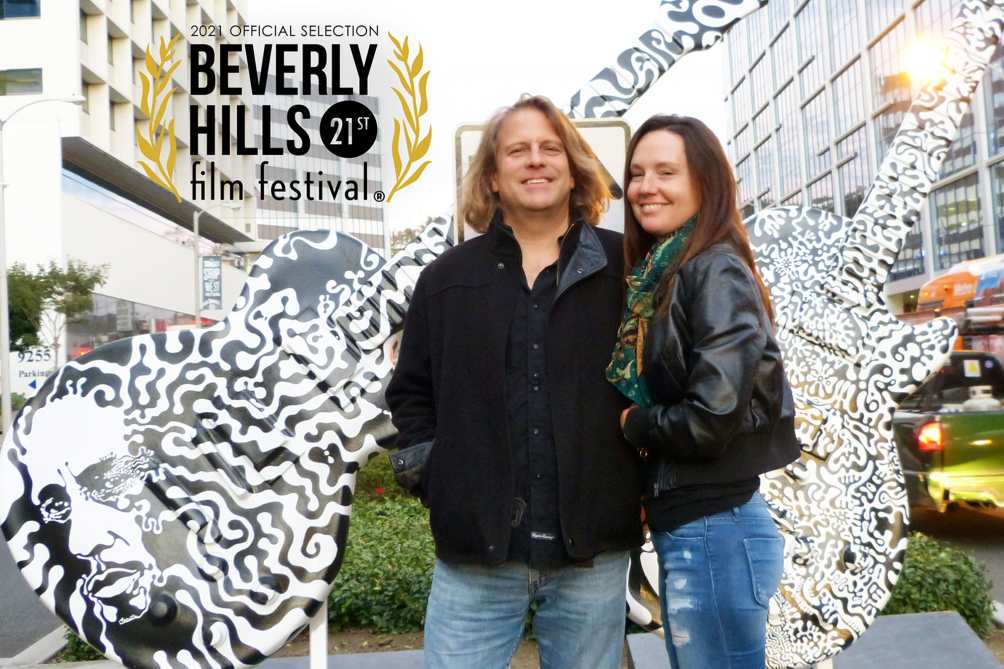 Guest Starring Jon Anderson of Yes and Mark Schulman of Pink
HOLLYWOOD, Calif. - eMusicWire -- USA AND CANADA -- Mark  Knudson's artistic documentary film, Legends and Idols, will release on digital and cable video on major demand platforms (VOD) on February 23rd (Comcast, Dish, Verizon, Microsoft, Frontier, Cox, Mediacom and many more).  For iTunes/Apple TV subscribers:  https://apple.co/3KPBFIT   Artist Willard Snow, showcases his unique and captivating art, with the power of rock-and-roll. Many years in the making, this artistic documentary film not only is a showcase for Willard Snow's art but a work of art on its own with musical performances, special effects, and new original Rock Songs.

Legends and Idols depicts the struggles that every artist must face behind the scenes. Most known for creating astounding and intricate painted portraits of Rock and Rollers Jimi Hendrix, Bob Marley, Jerry Garcia and many others, Willard works in digital format as well as with paint. Speaking on the creative direction of the film, Director Mark Knudson shares his feelings:

More on eMusic Wire
"I hope this film will inspire other artists across the country and around the world to persevere with their artistic vision."

Guest Stars interviewed in the film include Johnny Romeo the Australian Pop-Artist, Mark Schulman who drums for Pink, and Jon Anderson of Yes. Embedded in the film are musical artistic scenes complimenting the art being introduced throughout the film.  Much of the film surrounds a special snare drum project for Pink drummer Mark Schulman.  At Mark's request, Willard designs and paints it. Mark Schulman contributed to the soundtrack with 'Zades Playground', which can also be heard in the film as Willard paints the drum. Michael Drebert, the film's composer has also written and recorded several new Pop-Rock songs for the film including 'My Heart' which inspires the soul. The film has already received many great reviews since its debut at the Beverly Hills Film Festival.

The Legends and Idols soundtrack follows a repertoire of artists who's music is inspiring to Willard.  Original songs included in the film, like "Jupiter's Return" and "Gods of Eden", were written by Paul Barrett and his band One World Government, most notably recognized at the 2019 Grammy Awards.  The film sound-track will soon be available.

Gravitas Ventures is a leading all rights distributor of independent Features and Documentaries.
Founded in 2006, Gravitas connects independent filmmakers and producers with distribution opportunities across the globe, working with talented directors and producers.