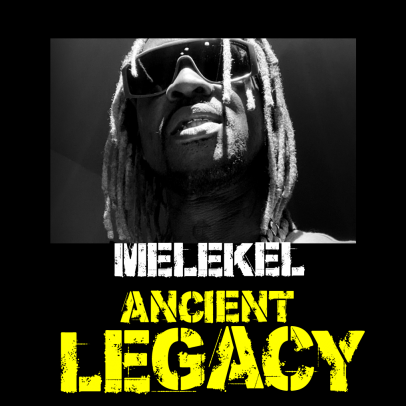 In his fifth recorded studio album international reggae and dancehall star Melekel, opens the door into a realm that was thought no longer in existence.
HOLLYWOOD, Calif. - eMusicWire -- As the seasons change and planet Earth continues to turn, the level of awareness of those who live within its gravity is evolving and nothing is beyond the reach of their human capacity. Ideals once considered exclusive to a certain group of people in a particular geographical location, have now enveloped the world like a blanket. New diets along with healthier ways of eating have also become more prevalent across the sphere. Words like diversity, tolerance, transparency, inclusion and woke have taken a strong hold on American and World cultures alike.

Undoubtedly, we are at the dawning of a new age that promises to reward those who embrace it with open arms. The current state of world affairs can be attributed as a direct result, of power bestowed or inherited by a select few. For this reason, in his fifth studio album, international reggae and dancehall superstar Melekel decodes the exceptional benefaction endowed by his ancestors. The LP is titled Ancient Legacy; and is a collection of ten tracks primarily focused on a journey through a door, down the creator's mind, up heritage lane.

More on eMusic Wire
First time listeners and fans will surely enjoy the familiar yet refreshing sound of songs like "You did it" "Advancement" and "Goal and an Aim." While the modern roots style of 'Yeah" is sure to captivate roots rock reggae lovers well beyond Jamaica's borders. Described as Uplifting, insightful and relatable but at times condescending; Ancient Legacy is arguably more likely to be considered his best work to date. The album is produced by Full100Records.com and the Executive Producer is Ann Jordan of Full100Publishing.com formerly Rufflife Publishing Company.

The album is scheduled to be released by all digital platforms April 12th, 2023, on Mansion Life Records. His last album charted in the Top 10 on reggaedancehallcharts.com. For up-to-date information about the artist, merchandise and his album release visit melekel.com.