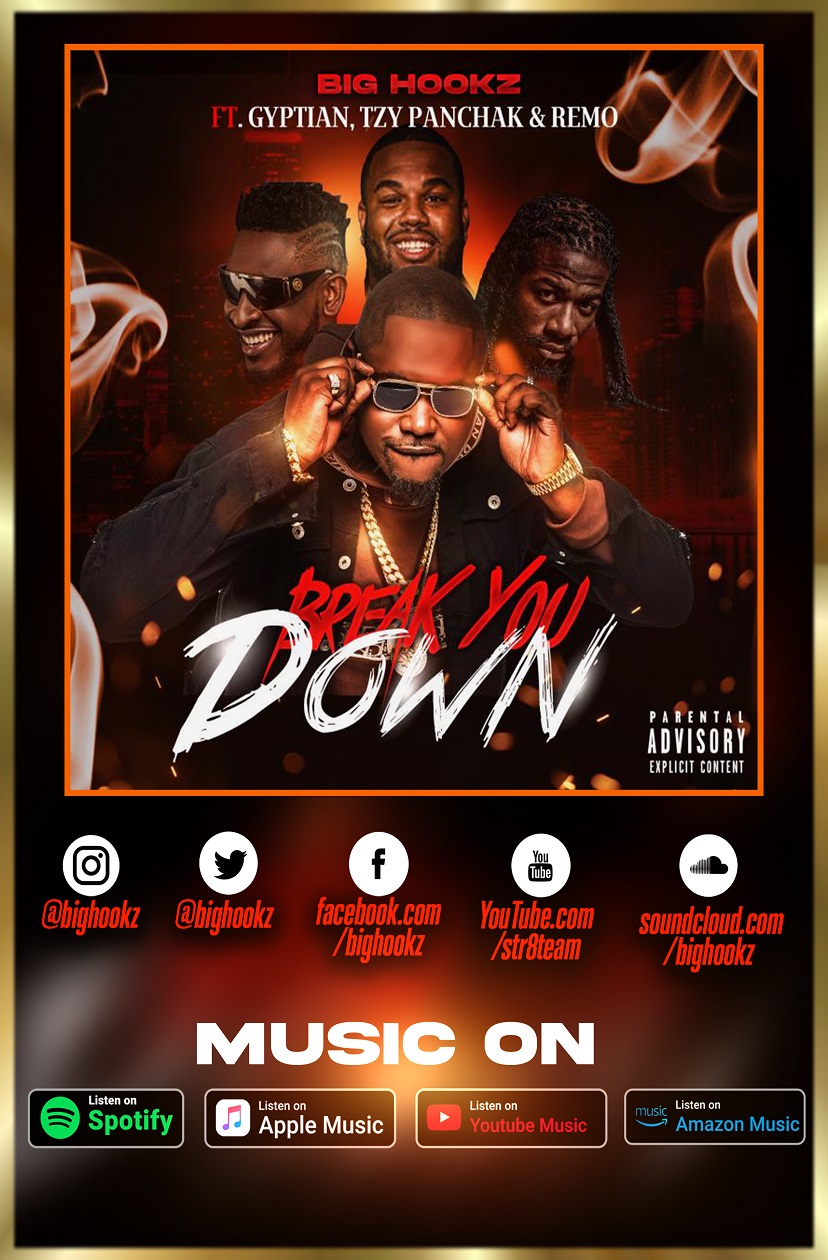 NEW YORK - eMusicWire -- Few artists are like Big Hookz aka George Njusi a true triple threat who created a brand for himself as an artist, executive-producer and CEO of indie powerhouse Str8Team Entertainment.

Born and raised in Cameroon, Big Hookz began his talent for music as a young child experimenting with different sounds and beats that captured his attention. As his hunger and passion began to flourish, he wanted something bigger for himself so he moved to Hamburg, Germany, where he etched a name for himself as an Afro Beats and Hip Hop artist that would carry him over to the US where he currently resides.

With blockbuster features in Hip Hop Weekly, The Source, 2DopeBoyz, Hot 97, New York's Power 105.1, Dash Radio and video plays on BET Jams and MTV Base Africa
with millions of FM radio spins for his media praised single "Make A Milli" (over 3.5 million impressions on iHeart radio) and his smash hit single "Pull Out Cash" featuring Kevin Gates, stamped him as an unstoppable force.

More on eMusic Wire
After the huge success received from "Pull Out Cash" featuring Kevin Gates, Big Hookz followed up with his next monster smash "Break You Down" which features Jamaica's very own Gyptian who had a huge monster smash with rap queen Nicki Minaj, Cameroon native Tzy, Panchak and super producer Remo The Hit Maker.

"Break You Down" has become number one on the European (Belgium, Turkey & UK) iTunes Charts with over 7000 plus influential engagement from Dj's, clubs and radio stations across multiple continents. "Break You Down" recently dropped in the US and is gaining a lot of traction and recognition quickly. Big Hookz recently signed a distribution deal with EQ (Equity Distribution) for his company Str8Team Entertainment and presently has artist signed to his label. The video has recently been placed on 3 playlist for MTV and featured in Rolling Out Magazine, All Hip Hop, XXL, Source Magazine etc.

More on eMusic Wire
Big Hookz is an accomplished artist who brilliantly mixes a wide range of sounds and lyrics into his music. Having shared the stage and collaborations with countless high-profile artists such as Eminem, 50 Cent, The Game, O.T. Genasis, Beenie Man, Kevin Gates, Gyptian and more. Big Hookz highly anticipated follow up single "Sumo" (Come Closer) produced by legend Ricky Blaze is sure to be a monster hit once released in first quarter.

To quote Big Hookz "Africa is doing so many wonderful things in the industry right
now and I'm very thankful to be a part of the culture and to be from Africa."