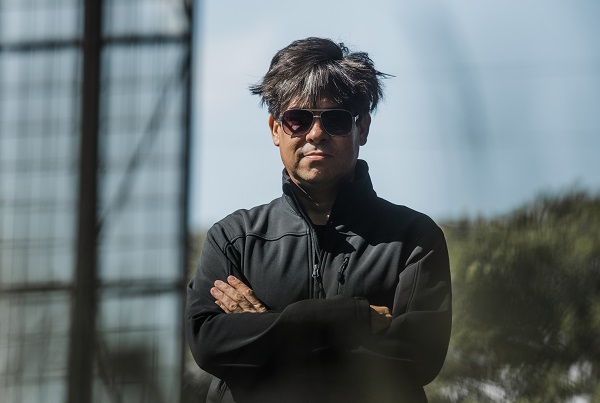 Peña has been nominated this year for the Suncoast Regional Emmy Awards in the category of Best Documentary for his "Ignacio Peña la Historia de Anormal"
(Ignacio Peña the History of Abnormal).
MIAMI - eMusicWire -- Following the release of his latest song Can It Wait?, the seventh single from his Songs for the Fall of an Empire, his fourth recorded album, gifted Puerto Rican music producer and visual artist Ignacio Peña is also releasing the accompanying lyric video.

In line with his artistic work, the visual aspect of Songs for the Fall of an Empire presents a detailed listing of social and economic issues, topics inspired by the writings of authors such as Yanis Varoufakis, former finance minister of Greece, as well as American economist and former Wall Street analyst Michael Hudson's Killing the Host, Forgive Them Their Debts, and J is for Junk Economics.

This social commentary presents facts, quotes, graphics, and documents, in chronological order that, along with the music, creates an immersive experience of this universal story.

Currently, An Elephant in the Room, the sixth single from his Songs for the Fall of an Empire album, is in second place on AZ Rock, in Puerto Rico.

(Ignacio Peña the History of Abnormal).

Throughout his musical career, Ignacio Peña has become known as a complete, multitalented artist, who, through the subject matter of his music has created a world that is complex, visual, and conceptual, and each of his productions carries his very distinctive mark. He has a bachelor's degree in music production and engineering from Boston's Berklee College of Music.

Link to video Can it Wait?