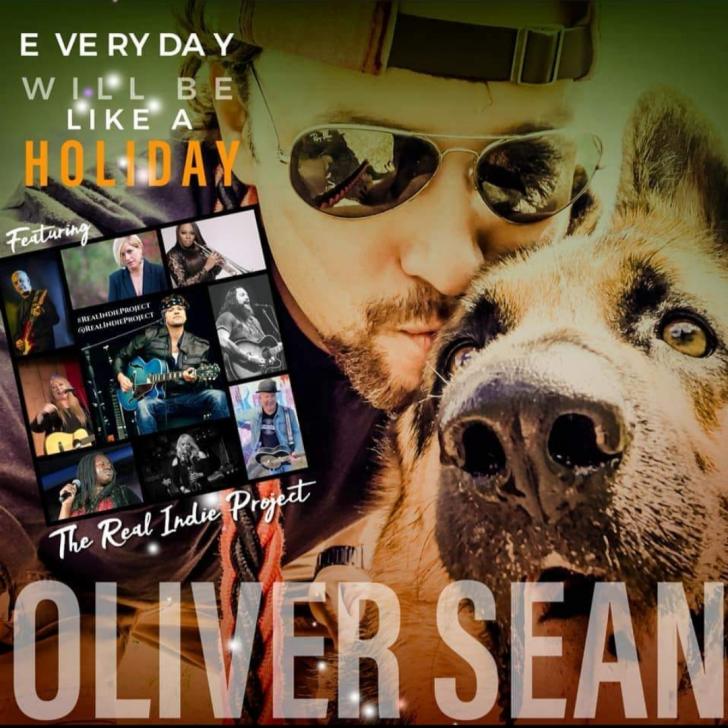 Oliver Sean's version of the legendary William Bell single 'Everyday will be like a Holiday' hits #1 on the iTunes UK Blues Charts on Christmas Day.
BRIXTON, U.K. - eMusicWire -- Oliver Sean has broken all the norms in the music industry, when it comes to hitting the mainstream charts around the word as an Independent Artist. With multiple Billboard Top 10 album and single charts to his name, countless iTunes number ones and even an official UK top 50 Album chart placement, he has shown fans that it's not just major label artists and big budget management teams that can get their artists on the mainstream charts. The singer songwriter, who is also an MTV EMA Nominee has achieved another first today - a Christmas Number One!

Oliver Sean's version of  'Everyday will be like a Holiday' has hit #1 on the iTunes UK Blues Charts today, Christmas day. The song features several of Sean's  musician friends from around the world, collectively called the Real Indie Project. Oliver Sean feat. Real Indie Project also hit the Billboard Top 10 Blues Album charts last year during the pandemic with his album 'Devil is Back'.

More on eMusic Wire
"I love Christmas Music, especially  the old Christmas songs, and have released many intimate sounding, unplugged Christmas recordings through the years" says Oliver Sean, Multiple Billboard Top 10 Artist and Producer, " however this particular single was a fully produced song, which i have noticed radio, retail and digital curators could add to more of their prime time shows, I believe that helped get the song to the #1 position today"

Oliver Sean has also released a music video for his Christmas #1 single https://youtu.be/bnplpduH0Ws

Find out more about Oliver Sean at http://www.oliversean.com