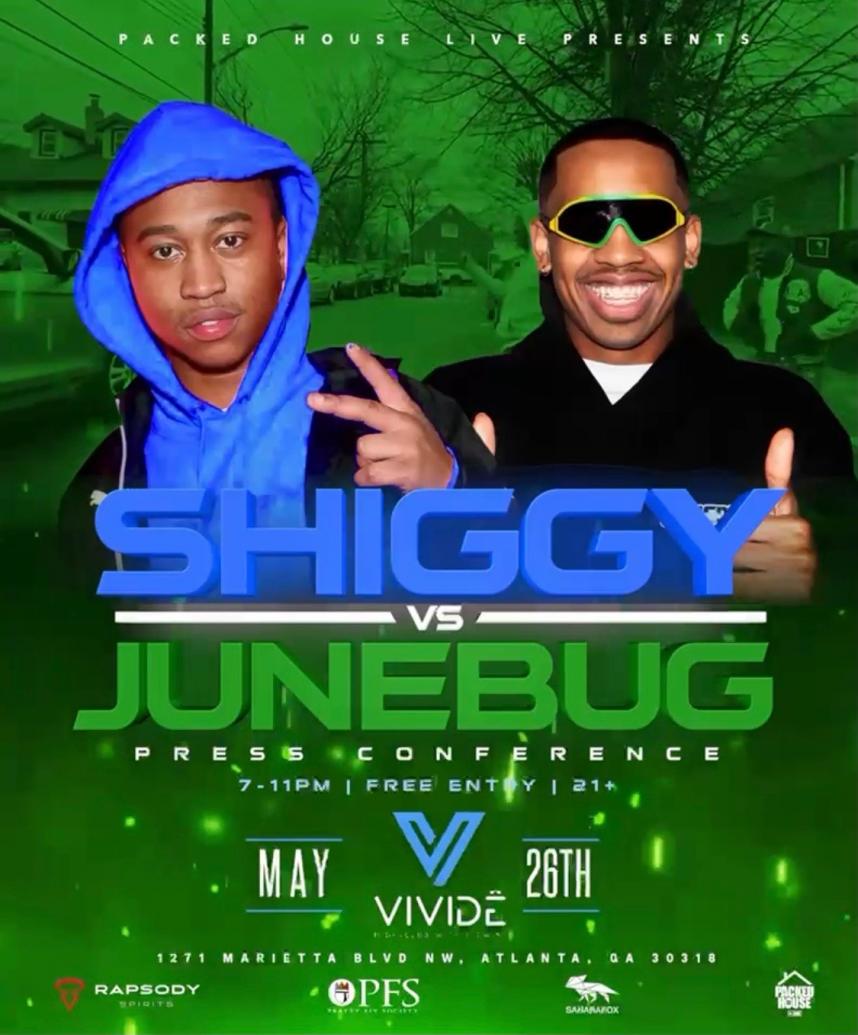 ATLANTA - eMusicWire -- On Wednesday, May 26th, viral sensations Shiggy and JuneBug face off at the official kickoff press conference presented by Packhouse Live. This event will take place at Vivide Nightclub, 1271 Marietta Blvd. NW, Atlanta, GA from 7pm-11pm with national and local media outlets as well as celebrity guests in attendance. This press conference is to gear up for the Shiggy vs Junebug House Party Dance Battle 2 streaming globally on Pay-Per-View June 12th.

Shiggy and Junebug have had astronomical viral moments that took the world by storm. In 2015, Shiggy created the #InMyFeelingsChallenge that not only skyrocketed Drake's hit single to #1 on the Billboard charts, but exploded it into a viral challenge that many top celebrities and millions around the world participated in. Five years later, the #BeatboxChallenge emerged created by Bay Area dancer Junebug. This dance quickly became the #1 challenge in the country during a pandemic, first blowing up on TikTok and then instagram shortly thereafter due to the huge celebrity participation. The challenge gave SpotemGottem his first charted entry onto the Billboard Hot 100 Charts.

More on eMusic Wire
Packed House Live, founded by Ricardo Collins, is a black owned tech startup focused on giving content creators the formula to produce their own independent pay-per-view events for video content of all genres. Making the lion share of profit with multiple ways to earn money including tips, merch, ads, etc. Their mission is to teach independence within creatives forming a movement for an economic transition in the entertainment industry. Ricardo states "I wanted to create something on our platform that was truly unique, the first ever pay-per-view dance battle. I'm all-in for the culture." Ricardo is definitely not new to this industry as he has had a lot of success in the production and marketing arena during his five year tenure with his mentor and former boss Floyd Mayweather.

An IGTV battle between Shiggy and Junebug went viral with over 3 million views and prompted these two viral superstars to partner with Packed House Live to host, promote, and participate in the House Party Dance Battle 2 on Pay-Per-View. House Party Dance Battle 2 is projected to clear over 1 million dollars from ticket sales, tips, sponsorships and event merchandise on June 12th, 2021.