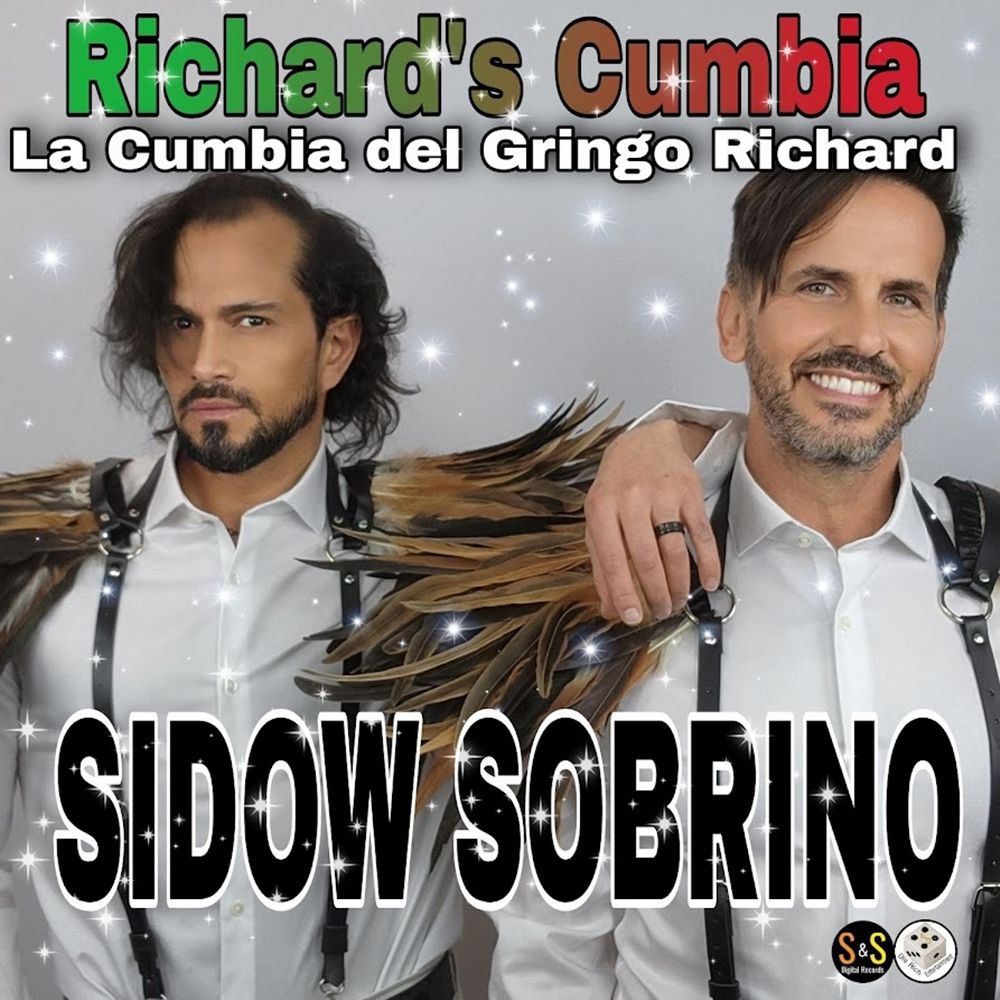 LOS ANGELES & MEXICO CITY & BOGOTA, Colombia & LONDON - eMusicWire -- Richard's Cumbia or La Cumbia del Gringo Richard is a bilingual song in English and Spanish recorded by the World's No.1 Superstar. This tune is the third single released in 2022 from his upcoming LP My Amir; it follows the hit singles, Bananas 4 God and Hungry for Your Love.

Parts of the music video were filmed on the Hollywood Walk of Fame. The singer and his husband, Richard, can be seen dancing with a constellation of stars. Harrison Ford, Britney Spears, Johny Deep, Ellen K, Meryl Streep, Simon Cowell, and many more.

Cumbia music is an effortless dance known in Latin America, and Sidow Sobrino's lyrics tell the story of how his non-Spanish speaking American husband, Richard, loves the beat. He feels happy and free to gyrate as he sings easy words. "Our world needs more reasons than ever to unite, to come together and celebrate as one," the singer expressed. "We are all children of the same creator. We were granted life to care for each other. It's OK to have differences of opinions, but we forget to coexist. I encourage everyone to turn up the volume of this and all my songs and join our world party. Come on, Happy People, Let's Dance!" ended the star with an energetic and passionate tone.

More on eMusic Wire
"When my husband approached me with the lyrics to this song, and once I heard the sounds used to mix it all, I was beyond excited to be a part of a multicultural production," Richard stated. He went on to add, "Richard's Cumbia(La Cumbia del Gringo Richard) captures the essence of us. Our relationship brings both cultures together. We are a blended family. So it just makes so much sense." When Richard was asked to describe the song's tone and video, he was forthcoming, "My husband is the World's No. 1 Superstar. You know there will be a celebration for our fans and the billions of people living on this great planet we call Earth to enjoy!" Richard concluded," this is one big world fiesta, and everyone is invited."

The couple also included the legendary songwriter Larry Jackson and his wife Jean as part of the storyline. Jackson is legendary for writing "You decorated my life," released by singer Kenny Rogers in 1979, among many other hits. Experience Richard's Cumbia, La cumbia del gringo Richard is now available on the star's official website SidowSobrino.com and on every streaming service around the Globe.