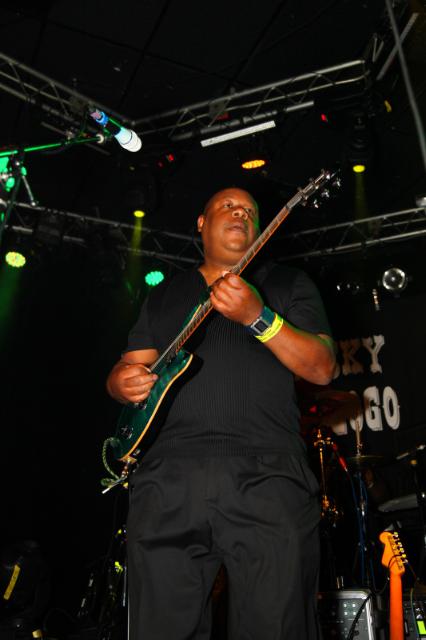 Hunter aka Hunter Recording Artist aka Spark is what I call a W.R.A.P. "Writing, Recording and Producing" some great music and is on a pace that will have other Artists, Songwriters, Producers just a little envious cause all the fore-mentioned seems to come so easy for this talented entertainer!

Hunter over the years has written/cowritten, produced/co-produced music (I Don't Want Lose You, So Many Reasons) with Rey T or Special Request Ft Rey T (Golden Key Cd) LaRay (Ready Now) and just recently with $tarlite (One Cup Of Tea)

More on eMusic Wire
just to name a few.

Hunter is a finalist for the "World Songwriting Award" for Song of the year 2022 in Pop music Genre for his song "Saturday Night Special" and after listening to his Cd's you know there's more awards coming as Hunter is a brilliant Songwriter, Producer, Composer and a member of the International Singer Songwriters Association (ISSA).

Hunter is not only a great writer but he also doubles as a member of the Grammy nominated group "Special Request Ft Rey T playing guitar and vocals , as I said this guys should just call himself a renaissance man for there's no limits to what Hunter can or can not do!

I do know this, Hunter with new music in 2022  such as "I Could, One Cup Of Tea and Guess Who" I Could. Guess Who has one bright future, so Hunter can sit back enjoy One Cup Of Tea while awaiting to become the songwriter of the year, Bravo Hunter Bravo!