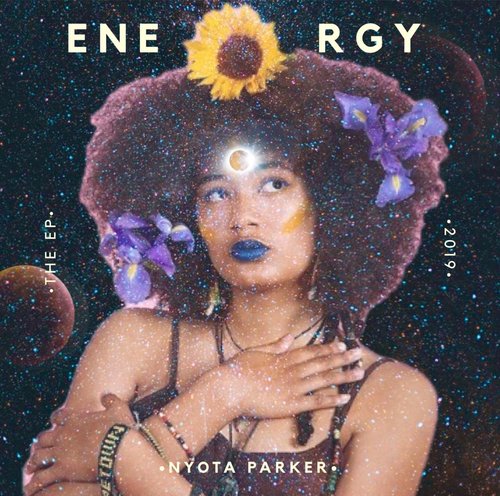 Teenage African Music Artist Creates Her Own Fusion Called 'Trazz'
NEW YORK - eMusicWire -- Every once in a while, one creative artist will stand out and be so exceptionally good that it is almost unbelievable, and seemingly humanly impossible. Justin Bieber was that force a few years ago, so was Chris Brown over a decade ago, not to mention Usher as well, just to name a few. Coming back home in South Africa -- with mixed Congolese and Irish heritage, based in the beautiful city of Cape Town -- is 19-year-old Nyota Parker whose sound is so rich that you will question her age upon listening to her new EP.

Aptly titled Energy, this masterpiece of a project was officially released in July to massive critical acclaim. Ask her what her inspiration for this EP was and she will confidently tell you: "It all stems from being reborn into a new non-conformist mindset..." Very powerful words from a teenage woman in this generation where everyone is in the scramble to conform and be "seen". Nurtured and brewed in native Africa, the Energy EP is a fusion of Hip-Hop, neo soul, and underlying connotations of a unique modernized jazz fusion. With such a mature defined sound at only age 19, one can't help but ask, what did she grow up listening to?

More on eMusic Wire
Hot off the heels of a previous U.S. tour, Nyota already has a growing solid footprint in the states and will be embarking on a second leg of her U.S. tour soon. Nyota has already been profiled on prominent media platforms such as Afternoon Express, OkayAfrica, Red Bull, Cape Town Magazine, Slikour on Life, I-D Vice International and the French magazine Antidote.

From Cape Town to Baltimore, she also collaborates notably with SunZulu, Lowe Key and Martin Khan on the Energy EP, exploring multiple genres while drawing influences from Rap/Hip Hop/Jazz/Trap/Soul and more into a fusion she has now aptly termed "Trazz". Other notable singles include "Fire" which also happens to be the one that features Martin Khan as well as "Learn/Unlearn" which also serves as an outro to the seven track EP.