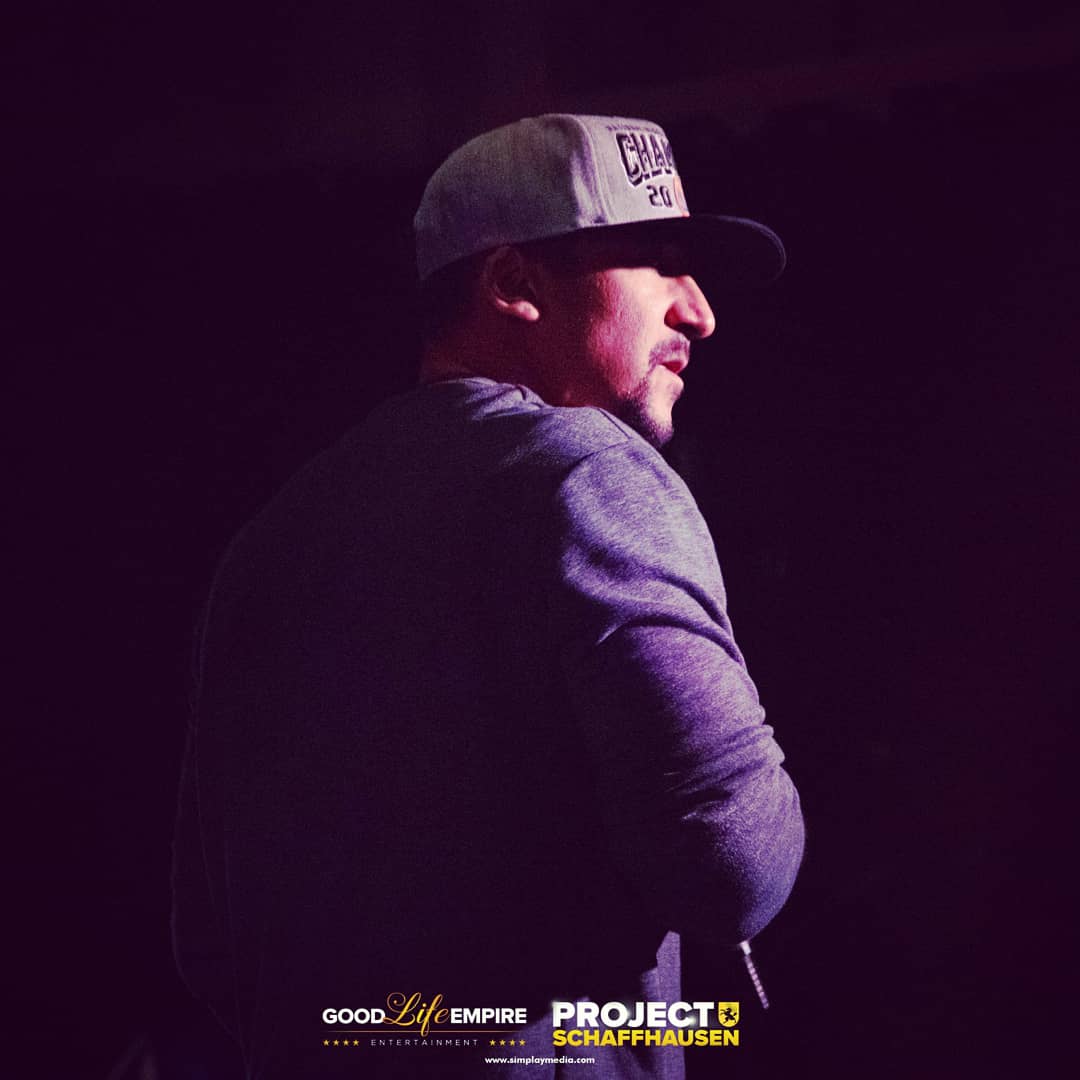 Nathanael Roost AKA "NJ The Great" a rap star all the way from Schaffhausen Switzerland which is right next to the German border. "NJ The Great" caught one of those breaks that rappers all over the world dream about. Leon Derrick Youngblood SR, who is a platinum-selling music producer for Chris Brown and partners with Beyonce's father. If that wasn't amazing enough, His son is Leon "Roccstar" Youngblood Jr one of the biggest music producers in the world. He produces for Post Malone and JLO.
SCHAFFHAUSEN, Switzerland - eMusicWire -- The first thing that I noticed about NJ The Great was his uncanny features, he looks like French Montana. This is a great thing in America and around the world. I have been in the music business for 25 years, I helped my son "Roccstar" early in his career, and now he is one of the biggest music producers in the world. You can call it lighting in a bottle how I came to know "NJ The Great".  A friend of mine Lil Khalid, exclaimed to me, "Leon! Leon!" you have to hear this guy from Switzerland. I was very intrigued because Lil Khalid is rarely ever excited over anyone.

A call was arranged, I got know NJ The Great, and his motives, he is doing this for his family and his crew. He loves his family and his daughter very much. He is really a nice guy and has a great personality which is essential if you are going to make money in this business. When I heard his music and watched his videos, I knew he was someone special who could make it in the world of Hip Hop. I was so impressed with him that I am putting his single and video out to over 1 billion people in China who love Hip Hop, they spend an average of 75 million per day buying music from around the world especially rap.

More on eMusic Wire
His videos and song is already loaded on all platforms, I checked today and seen his video for the first time, it's a dope song with his crew called "Comin Thru" His crew is dope everyone on his team has style and personality, he has a tight crew and I give him major props for that. It's hard to find people who support you and let you lead. I took a chance and it has paid off, I will now give NJ The Great opportunities to pitch his music to stars such as Cardi B, Migos, Da Baby, and many other big stars in America.

I am excited to see what the year will bring for NJ The Great and even more excited for next year 2021 which promises to be one of the craziest years on record. As Chris Brown's music producer, I know how to sell millions of records, and as a business partner with Beyonce's father I know how to make great business decisions. Recently going number one with the book Destiny Child the Untold Story and selling 2 million records with Chris Brown's current album. Schaffhausen Switzerland has reason to be proud of Nathananel "NJ The Great" Roost. he caught the attention of a major talent scout and music producer. We would like to see how well he does on a platform of one billion people; we are excited for him and we are offering him other major opportunities as his music moves through the system in Finland / China. I will leave links to his music which is now playing in China/Finland. Support the pride and joy of Switzerland "NJ The Great" I am looking forward to great things and giving you opportunities here in America. It is always good having a dope crew that has your back, they can also hold their own on the microphone.