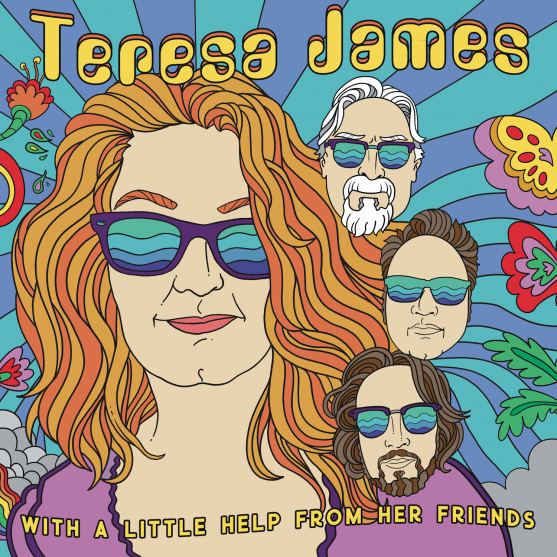 Sophomore album on Blue Heart Records slated for January 20, 2023 release
MEMPHIS, Tenn. - eMusicWire -- Teresa James announces her latest project, a celebration of music by The Beatles, done in her inimitable, Texas-meets-Muscle Shoals, soulful style. What began as a pandemic pastime among friends soon developed into a striking collection of music that, although not planned for public release, was clearly deserving of such attention.

When her husband, Terry Wilson, was first inspired to try a unique arrangement of a Beatles tune and invited James to add vocals, the results were exciting. Wilson asked his close friend and fellow producer Kevin McKendree to listen to the track, and from there, the evolution began. The musical synergy of Wilson and McKendree combines effortlessly with smoky vocals from James and the dexterous drumming of Richard Millsap, into ten soulfully sublime tracks. Special guests include Yates McKendree (guitar), and Lucy Wilson and Nicki Bluhm on background vocals.

More on eMusic Wire
"While working together on various projects, Terry mentioned these Beatles tunes and asked if Betsie and I wanted to hear them," says Blue Heart Records partner, Sallie Bengtson. "It was pretty much a collective jaw drop moment! Previously, we were focused on planning Rose-Colored Glasses, Vol. 2, but we knew right away that this needed to be heard."

"This was so much fun and such a labor of love," says James. "I have been a Beatles fan since I was a little girl and having known all these songs inside and out for so many years, it was a real challenge to try and capture a bluesier, more Southern vibe but still retain the original spirit of the songs. And because we were doing it basically just for fun, I felt like I could stretch out just a little bit more and be a little looser with it."