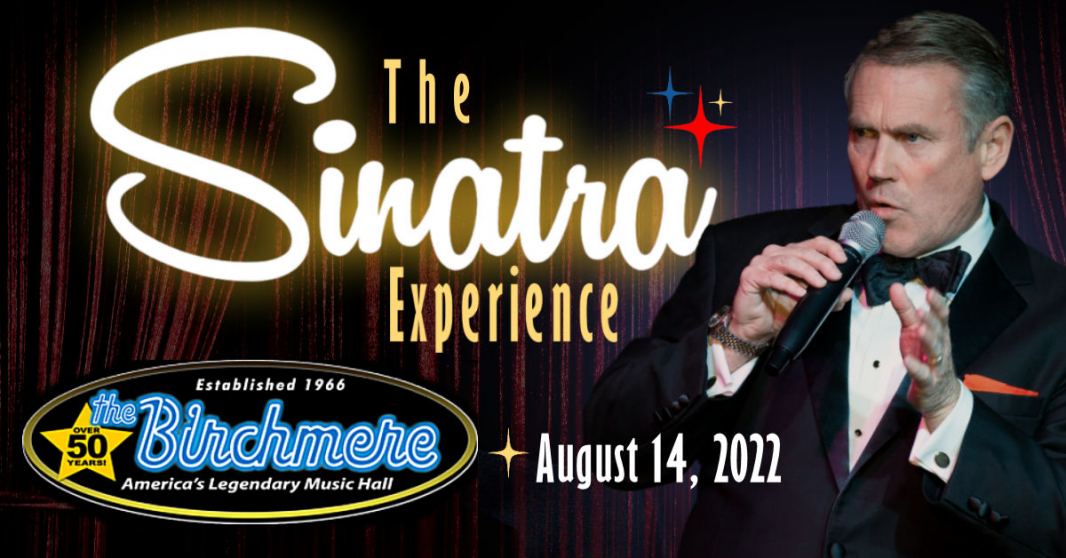 The legendary Birchmere Music Hall will host a sensational tribute to Frank Sinatra featuring crooner Dave Halston in his signature vintage Vegas style. A critics choice – the show features Dave's humor and charm plus many of Sinatra's greatest hits backed by an astonishing All-Star Las Vegas Band.
ALEXANDRIA, Va. - eMusicWire -- The Birchmere goes Vegas on August 14 with an authentic and exhilarating tribute to Frank Sinatra. Performing with original music arrangements, "The Sinatra Experience" brings the Sinatra sound and swagger to the stage with a swanky Vegas vibe. This national tour stop at The Birchmere Music Hall promises an exciting evening of fun, laughter, and a zesty lineup of Frank Sinatra's most popular songs.

Critics have raved about Halston's tribute to Sinatra, calling it "stunning," "spot-on," and a "brilliant interpretation." The show features some of the most accomplished musicians in the world – including Bob Chmel, former drummer for Frank Sinatra, Jr. and Bob Sachs, bass player for Wayne Newton and countless Vegas stars.

Like Sinatra, Dave's natural charm and charisma is genuine and captivating. He displays that familiar swagger while effortlessly delivering that smooth ribbon of sound. Halston does something few performers can do – a tribute to "Frank" that is truly authentic!

The Birchmere is a concert hall in Alexandria, Virginia that features rock, blues, bluegrass, country, folk, jazz, ethnic, and comedic performers. Its main room seats 500 and provides dinner service, making for an intimate space, with tables only a few feet away from the stage. The location also features a bandstand with a bar and a dance floor.

A long list of important artists have performed at The Birchmere including Johnny Cash, Joan Baez, B.B. King, Merle Haggard, Little Richard, Glen Campbell, Tanya Tucker and many more. Ray Charles performed his last concert at The Birchmere on July 20, 2003.