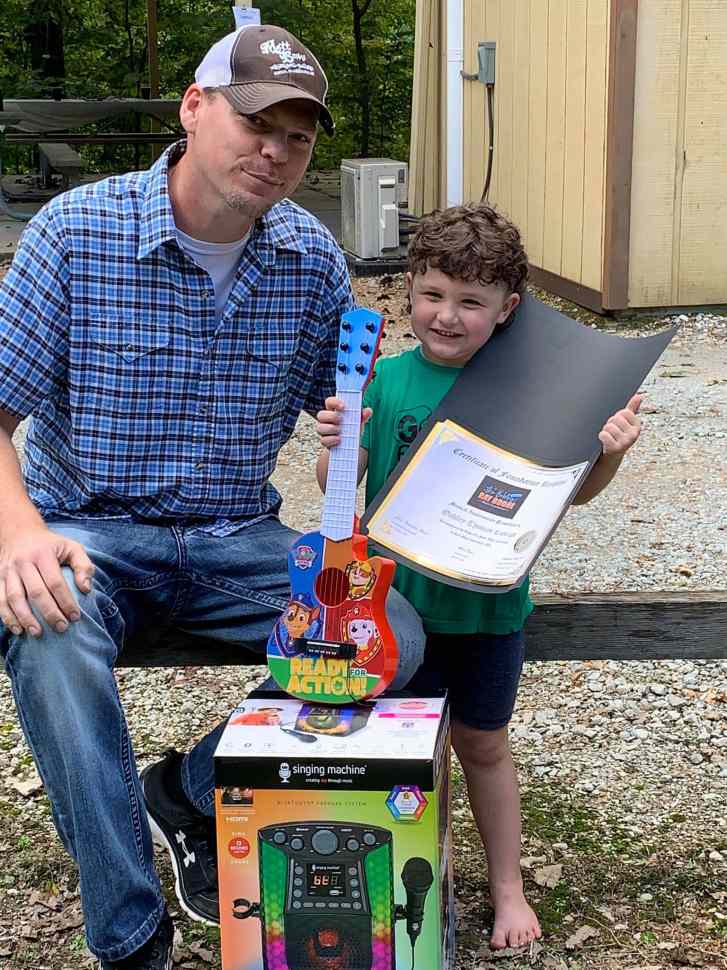 The Josie Music Association awards first recipient though the new Bobby Ray Boone Music Foundation. A foundation created to help youth follow their musical dreams.
NASHVILLE, Tenn. - eMusicWire -- The Bobby Ray Boone Music Foundation awarded its first recipient! Congratulations to Oakley Conrad who was surprised with an age-appropriate guitar and light up karaoke system. Oakley can now do what he loves everyday sing and play guitar with his new gear. Matt Boone the son of the late Bobby Ray Boone presented Oakley with the music items. Both Matt Boone and his father Bobby Ray Boone are natives of Ripley, Tennessee. Josie Passantino-Boone and Tinamarie Passantino owners of The Josie Music Association, LLC. were also in attendance and thrilled to be a part of the presentation. During the presentation Oakley's friends and family created a collection to donate to the Foundation to continue to help children follow their creative musical dreams.

More on eMusic Wire
This first presentation for the Bobby Ray Boone Music Foundation was so special and sentimental to son Matt Boone because Oakley is the same age Matt was when his father bought him his first guitar. Matt has never put it down since. Matt Boone, Leader of The Bobby Ray Boone Music Foundation, is so happy to give the gift of music to Oakley as his dad gave to him years ago.

The Bobby Ray Boone Music Foundation is created by Tinamarie Passantino and Josie Passantino-Boone as a brand under the Josie Music Association, LLC. The foundation was started on September 18, 2021 and was announced at the 7th Annual Josie Music Awards Ceremony as a heart warming surprise to Matt Boone. The foundation was created in memory of Matt's late father Bobby Ray Boone. During the award ceremony Matt was presented with a plaque and custom cowboy hat, created by Dueling Banjo Hat Company, in memory of his late father.  Bobby was a huge supporter of Matt's dream to play music and made sure he always had everything he needed. Matt wanted to keep that generosity going by helping other children of all ages be able to follow their musical dreams.

More on eMusic Wire
Matt Boone is a Nashville Recording Artist and Entertainer touring all over the country. Matt started learning guitar at 5 years old and has had an outstanding music career over the last 30 years sharing the stage and open for greats such as Loretta Lynn, T. Graham Brown, Ronnie McDowell, Phil Vassar, and more. Matt's last single he penned with Grammy Member Kitt Wakeley titled "Main Street Heaven" was written for his father. The song hit number one on Christian Country Radio and kept that spot for 7 weeks. It also received airplay worldwide on over seven hundred stations and countless media agencies shared his story.

To find out more about the Bobby Ray Boone Music Foundation or to donate please visit https://www.josiemusicawards.com/bobby-ray-boone-music-foundation.html