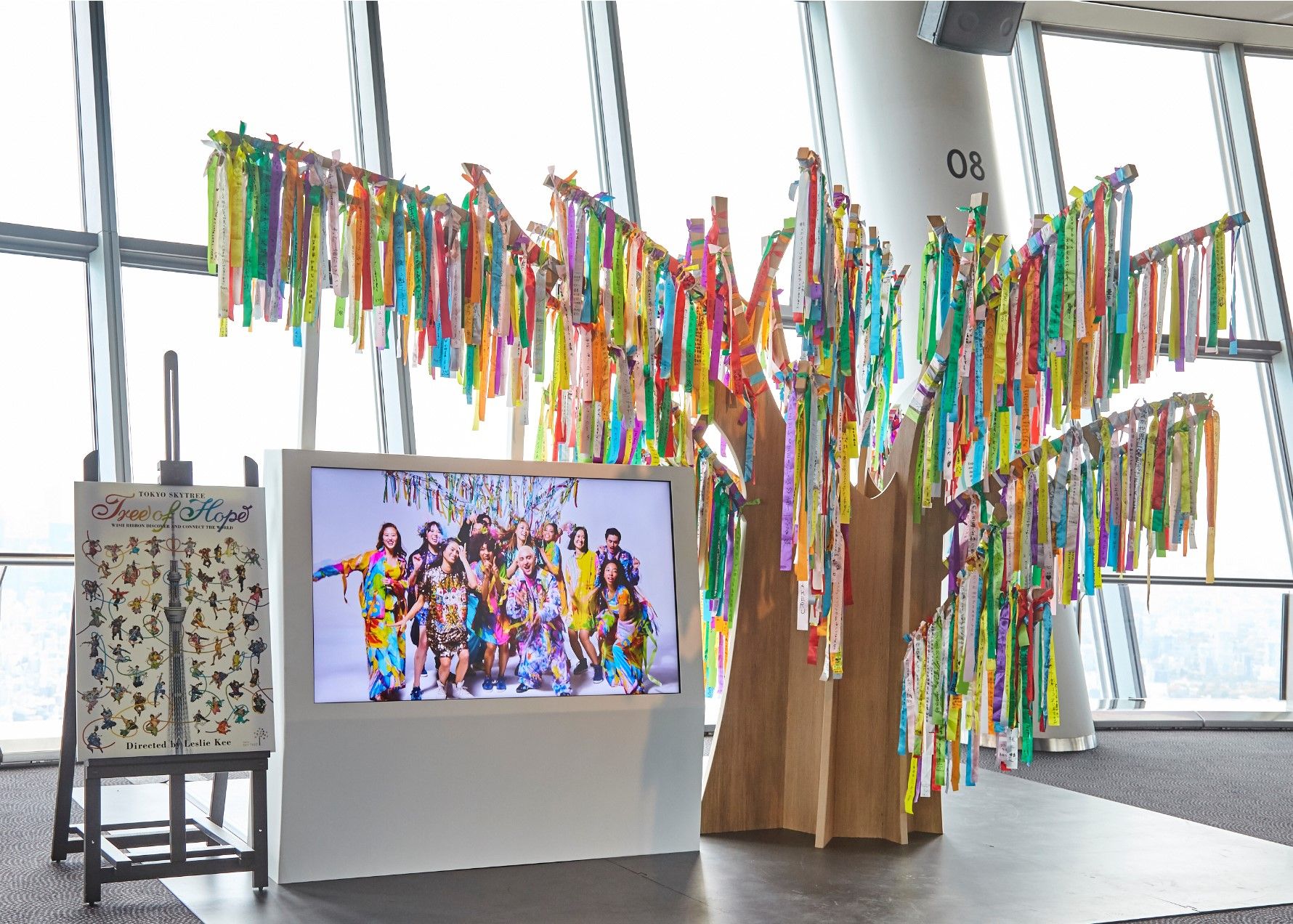 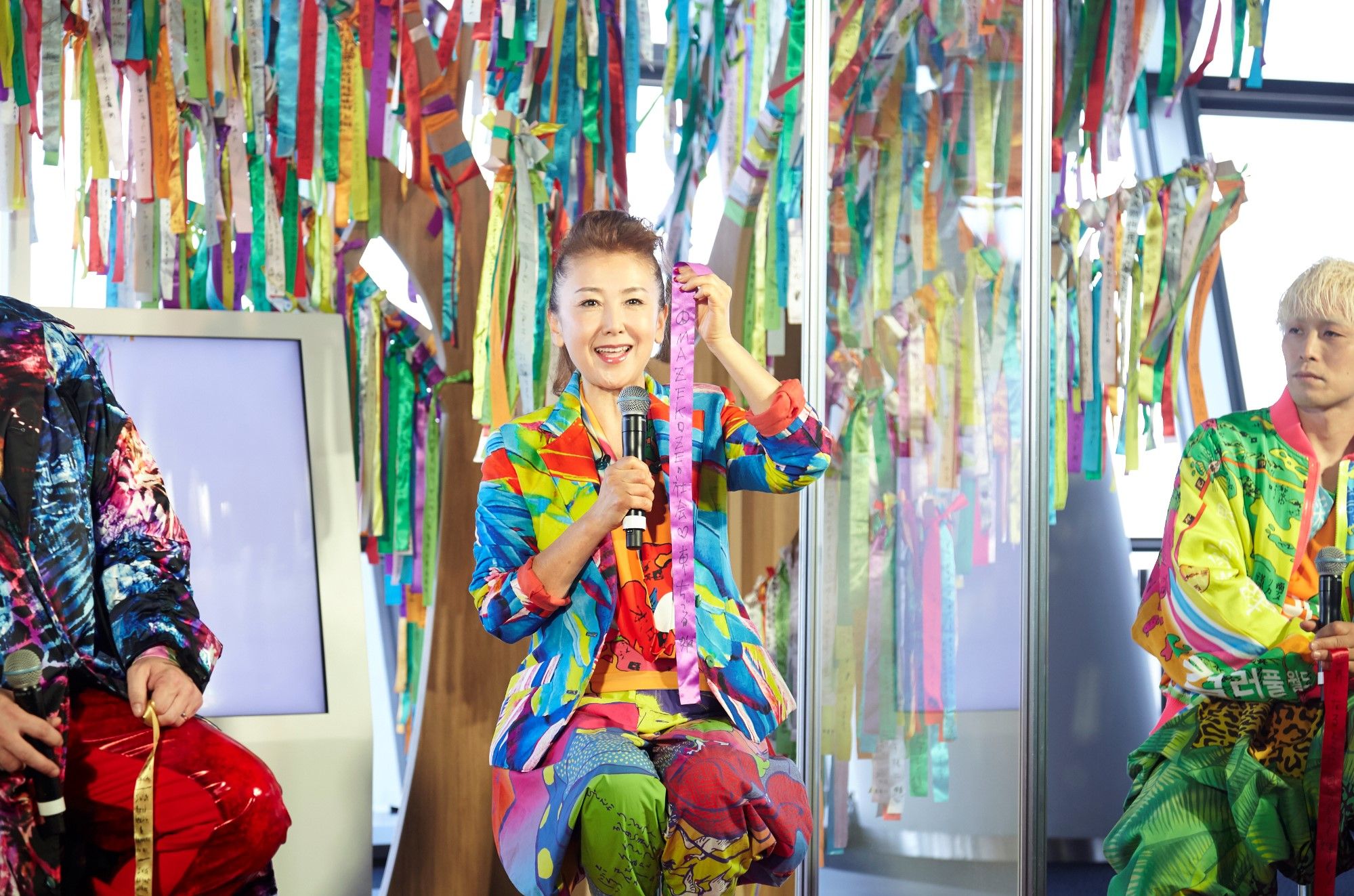 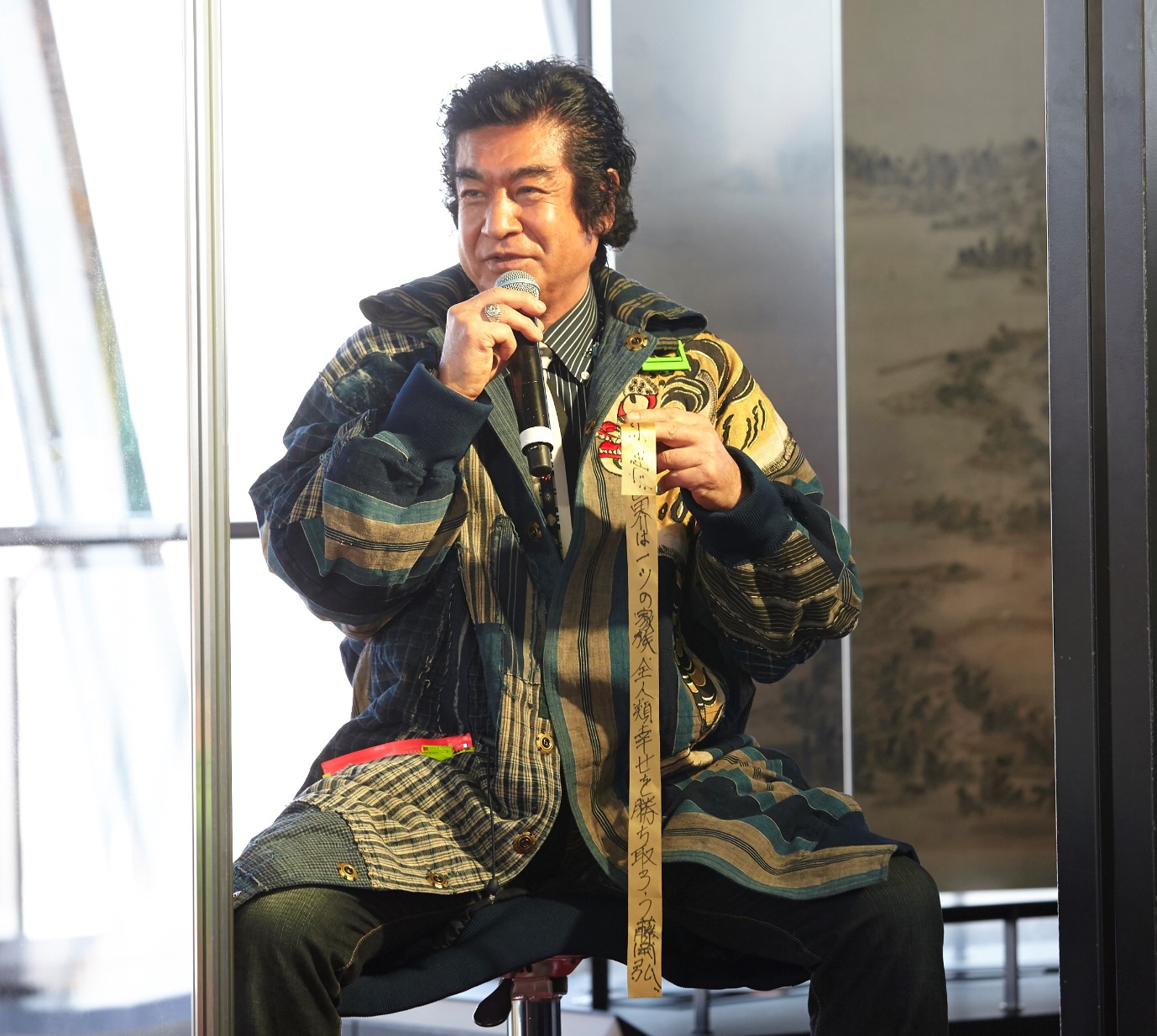 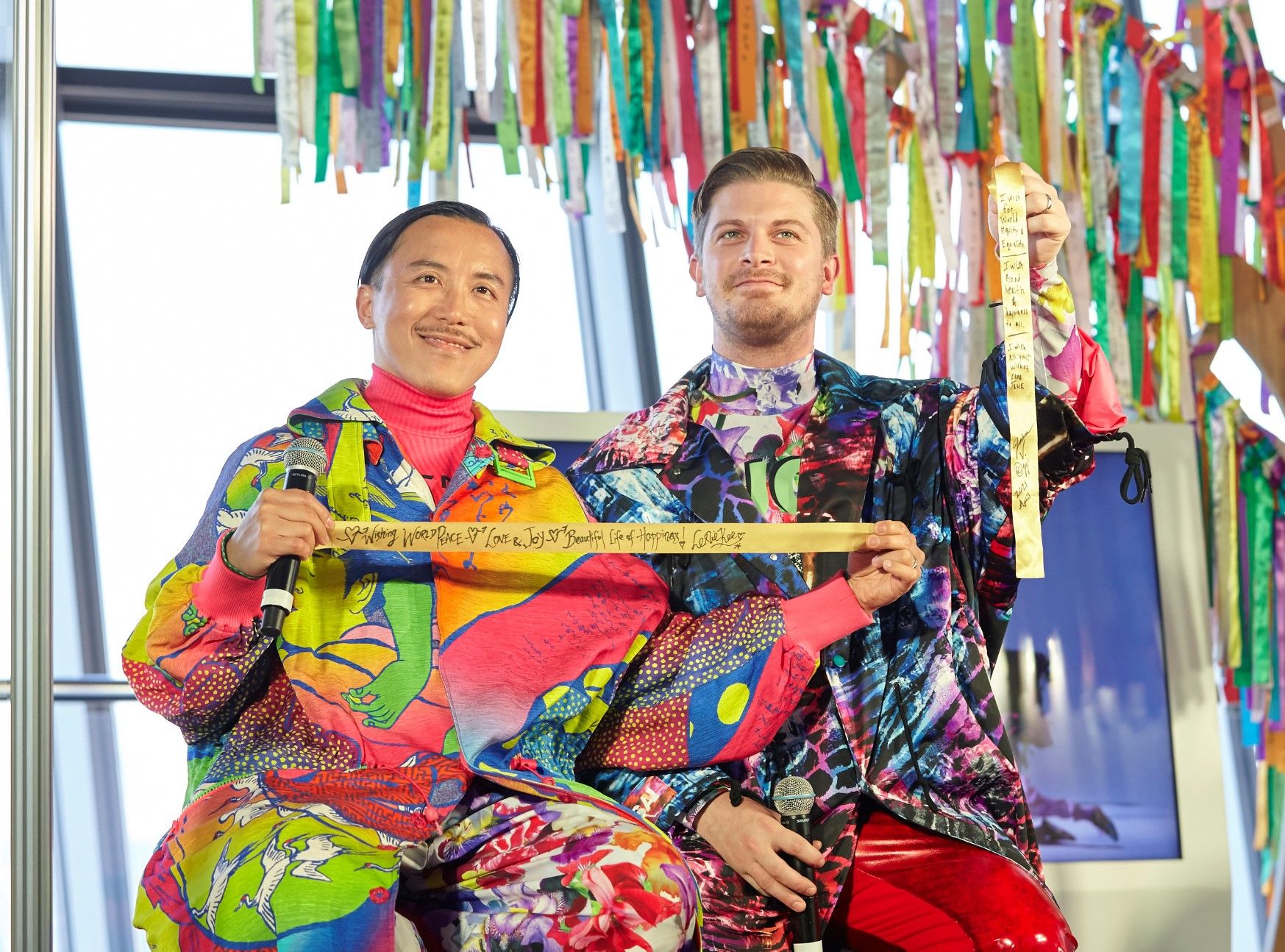 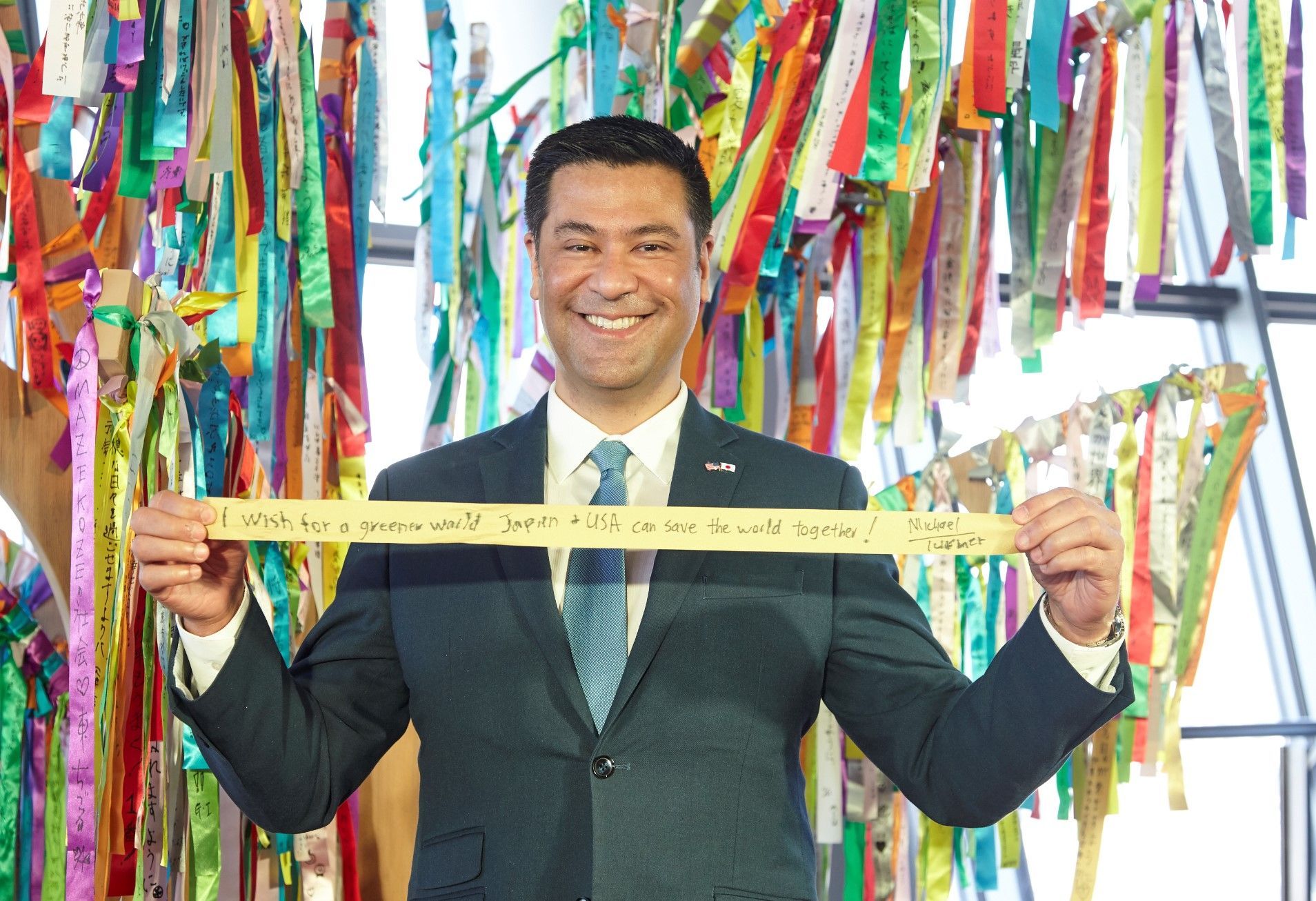 Promoting Global Unity, Solidarity and Equality ... It was Created in conjunction with its W1sh Ribbon Project and Accompanied by an Energetic Music Video Directed by Renowned Japan-based International Photographer, Leslie Kee
TOKYO, Japan - eMusicWire -- One of Japan's most popular landmarks, TOKYO SKYTREE, the world's tallest tower, celebrated Earth Day with a colorful new W1SH RIBBON DISCOVER & CONNECT THE WORLD campaign. It was developed in conjunction with the W1sh Ribbon project,  where visitors to TOKYO SKYTREE write their hopes or wishes on a ribbon and tie it to the monument, as they "wish for a better post-Covid-19 future." Created around the video and photographic work of renowned Japan-based, international photographer and director, Leslie Kee, the global campaign is designed to gather – in a Tree of Hope – the hopes and wishes of people all over the world to reaffirm unity, solidarity, and hope during what has been a challenging time for the global community.

Mr. Kee's vibrant music video features his friends and other celebrities. (https://www.youtube.com/watch?v=a4Q7ko4WM6k). It includes the song, Live Out Loud performed by Kelsie Watts and spotlighting Reezy that aims to promote unity, diversity, and inclusion. Leading fashion icon, Kansai Yamamoto, who has the same yearning and passion, interpreted the meaning of this project through color.

According to Kee, TOKYO SKYTREE is the perfect location to host the Tree of Hope W1sh Ribbon monument, as it is centered in a spiritual "power spot."  SKYTREE was built on a Ley line that connects several important cultural and spiritual symbols, including Kashima Shrine, the Imperial Palace, Meiji Shrine, TOKYO SKYTREE and Mount Fuji. The Ley line is said to be a pathway of positivity and peace, which is at the essence of the wish ribbon campaign.

More on eMusic Wire
"The colorful wish ribbons are now tied to the Tree of Hope showcasing people's wishes in the most beautiful way. Together with my husband Joshua and all my wonderful friends, who are featured in this special music clip, we would like to deliver the messages of hope to the world, with all our love," Kee said.

The number '1' is used in place of the letter 'I' to symbolize what people wish for most of all. "The act of writing our wishes makes us face ourselves and envision the future we wish for," Kee added.

Ms. Manami Kosugi, the project leader from TOKYO SKTREE commented, "As a major landmark in Japan with a strong spiritual influence, we believe that gathering the hopes and wishes of people from around the world will help bring a strong connection of unity and solidarity. We are so proud to work with Leslie, and we are delighted with the wonderful, compelling message he has created together with his friends."

Mr. Michael Turner, cultural and sports exchange attaché at the U.S. Embassy in Tokyo, was one of the distinguished guests at the Earth Day Announcement. Mr. Turner runs an educational exchange program between Japan and the United States that includes cultural activities, public relations, and community involvement. He is also heavily involved in the preparation for the Tokyo 2020 Olympics.

"Japan and the United States have a long history of close cooperation. I am excited to be here and to participate in this truly joyful campaign. I believe that by working together on some of the most important issues affecting the entire global community, we can help save the world," Mr. Turner stated.

Colorful ribbons have been tied to the Tree of Hope, and while it may not be possible for overseas visitors to attach their wish ribbons in person, global audiences can participate in the campaign through social media using the hashtag #W1SHRIBBON.

About Tokyo Skytree
TOKYO SKYTREE, which opened its doors in May 2012, was built as a digital terrestrial broadcasting tower. It is the world's tallest free-standing tower and a landmark of Tokyo, but it also serves as a disaster prevention facility in times of natural catastrophes. The two observation decks, located at heights of 350 and 450 meters respectively, offer a panoramic view of Tokyo and the Kanto region. The tower is entirely illuminated in various colors at night with 2,362 special LED lights, perfectly enhancing Tokyo's unique night cityscape. A new monument the "Tree of Hope" was established on Earth Day, April 22, 2021 to support the Yearnings of people across the world, especially during this difficult time.

About Tobu Railways
TOBU Railway Company, Ltd. is a major Japanese corporation consisting of approximately 90 companies. The Tobu Railways cover the longest operating distance in Metropolitan Tokyo, leading to numerous tourist attractions including: Asakusa and TOKYO SKYTREE TOWN in Tokyo; Nikko and Kinugawa-Onsen, famous for its world heritage sites and hot springs; the Tatebayashi and Ashikaga areas, known for their blooming flower fields; and Kawagoe, where the atmosphere of the old Edo era lives on. Tobu is also invested in a portfolio of hotels, including the newly opened The Ritz-Carlton, Nikko and FUFU Nikko Onsen Resort.