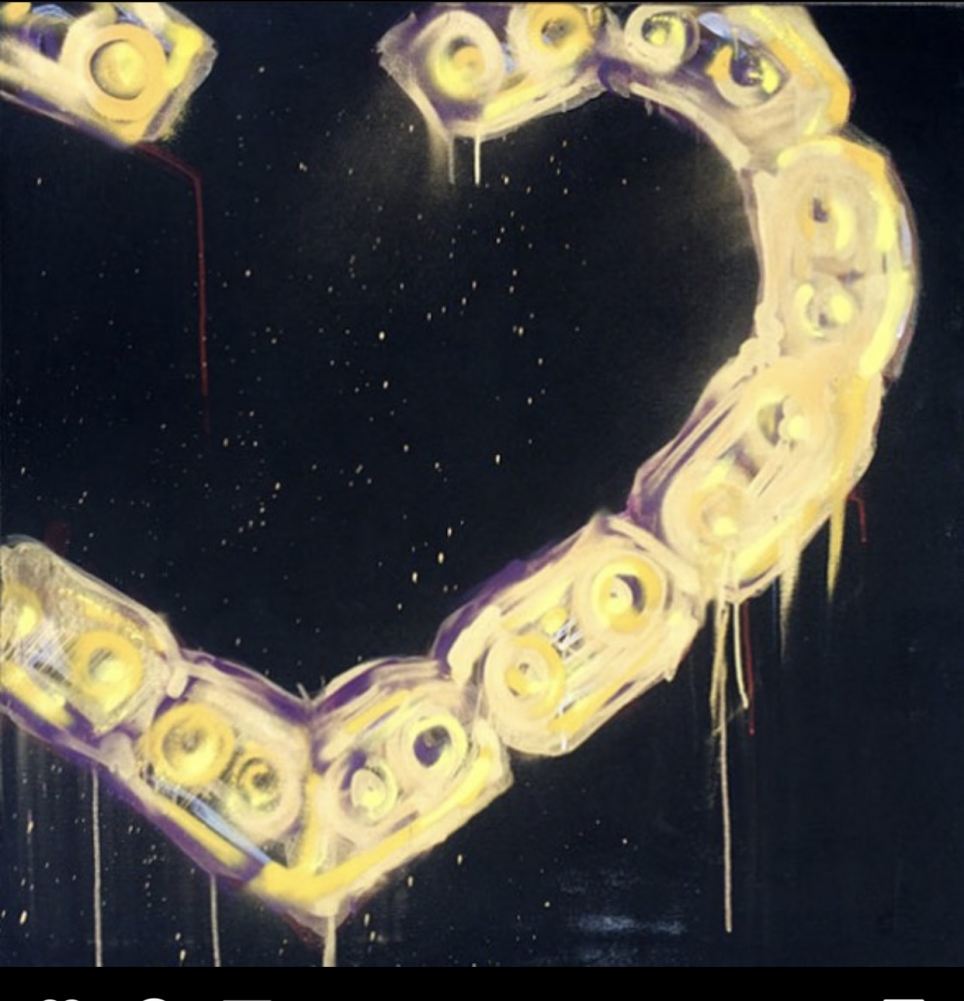 Hip Hop's Golden Era Inspires Fashion & Art Collaboration Hoop88Dreams + BlusterOne
NEW YORK - eMusicWire -- Creative collaborators Hoop88Dreams.com and BlusterOne will be launching the "Truck Jewelry" series with a one-day exclusive art exhibition designed for press, influencers, and trendsetters at a private Harlem location from 6:00 pm to 9:00 pm. By invite only, guests attending the event will be the first to view and purchase "Truck Jewelry," hip hop's golden era-inspired art of hand-painted hoops on large and small canvases by the renowned New York City graphic designer and artist, BlusterOne. Just in time for Mother's Day (Sunday, May 9).

"It brings me great joy to paint such iconic images of a time of innocence, a time when standing firm and being a strong individual meant the world, the true essence of the hip hop culture," says BlusterOne about the collaboration.

"During hip hop's golden era is when I fell in love with hoop earrings," states Shara McHayle, co-founder of Hoop88Dreams and co-collaborator of the Truck Jewelry art series and event. "The style is a source of my inspiration and it feels luxurious to create, narrate and celebrate a part of the culture that raised and impacted me. BlusterOne is a well-respected Artist with roots deep within graffiti art and culture. It's a no-brainer."

In the 1980s, Mayor Ed Koch reigned supreme in a crack & HIV/AIDS epidemic with widespread police corruption.   The rose continued to grow from the concrete.  The styles created were a reflection of the times within the black inner-city neighborhoods.  One style was "Truck Jewelry" and another was what we call "Streetwear" today.

"Truck Jewelry" is an art collection that personifies the strength and boldness of hip hop's golden era.  The fact remains the best storytellers are the ones from the culture.

Those who cannot attend in person will be able to purchase the collection dropping on April 30th exclusively at http://www.Hoop88Dreams.com.

About BlusterOne
James Alicea, is a New York City-based graphic designer and classically-trained fine artist, also known as BlusterOne. He has been an art handler by day and graffiti writer/artist by birth of Puerto Rican decent, since 1970. It was local graffiti scrawls, primal lettering, and colorful murals that sparked his interest in art. His ability to manipulate letterforms and execute simple line drawings in his compositions comes directly from watching Sesame Street, Electric Company, and Zoom. In 1982, Alicea took the name BlusterOne and joined the vibrant graffiti movement.

More on eMusic Wire
As an original member of The Barnstormers, a painting collective founded by David Ellis, Bluster's work has been shown in New York, North Carolina, Japan, Puerto Rico, and continues to be sought after and collected. He is also most notably known as co-founder of PNB Nation, one of the earliest fashion streetwear brands of the 90s. Today, he continues to make apparel, posters, prints, and art reflective of hip hop's roots and culture (www.blusterone.com)

About Hoop88Dreams
Hoop88Dreams, is a premier e-commerce platform that specializes exclusively in elevated hoop earrings for the inner fly girl in you. Founded in August 2019 by mother-daughter duo Shara McHayle and Jade Everett, Hoop88Dreams is best known for its widely popular and versatile hoop earrings stylish enough to be worn in the streets to the boardroom.

Utilizing their individual entrepreneurial skill sets obtained by their parallel careers in fashion, lifestyle, marketing, and branding,  the mom and daughter team created even a stronger lifelong bond by building a brand around their love for all things hoop earrings. McHayle and Everett have strategically chosen to sell their products online by bypassing traditional brick-and-mortar retailers and opting instead to build an elevated hoop earring business exclusivity around classic styles (www.hoop88dreams.com).